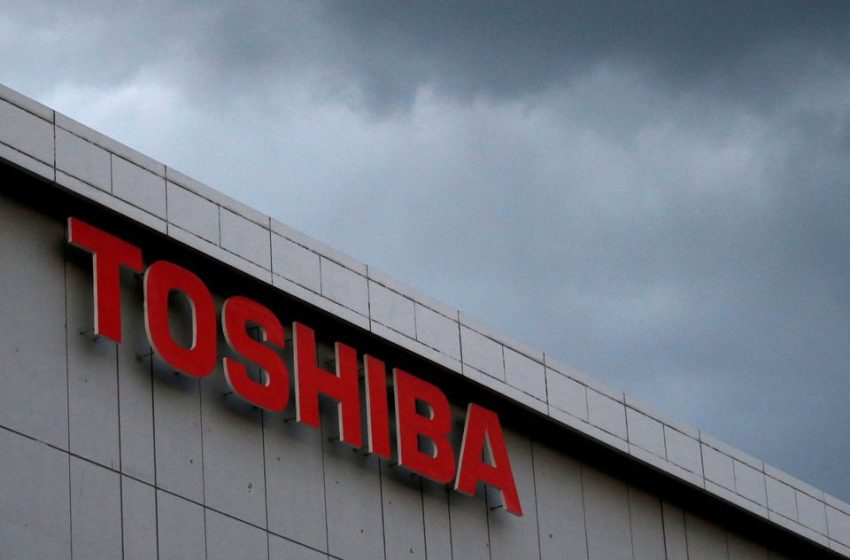 The logo of Toshiba Corp. is seen at the company's facility in Kawasaki, Japan February 13, 2017. REUTERS/Issei Kato

TOKYO, June 14 (Reuters) – Two influential proxy advisers have both recommended voting for the appointment of all Toshiba Corp (6502.T) director nominees including two from activist shareholders, despite objection to the move from within the board.

Proxy advisers Institutional Shareholder Services Inc (ISS) and Glass Lewis backed all 13 candidates including those from Elliott Management and Farallon Capital Management, according to their reports issued by Tuesday.

The recommendations come despite objection by external director Mariko Watahiki, who has said having the two shareholder representatives would skew the board toward activist investors. read more

ISS said in its report that the concerns raised by Watahiki “are not considered to rise to a level that would justify voting against” the executives from Farallon and Elliott. The two funds own about 10% of Toshiba.

It also said the board is majority independent and the affiliated outsiders’ presence on the board “cannot be regarded as detrimental”.

Glass Lewis said it viewed the shareholder nominees very favourably. They are “expected to reflect a negotiated turning point for Toshiba” as the company embraces external, shareholder-centric perspectives at a time when it is evaluating strategic alternatives, it said.

It also said that a lack of board-level unanimity “is not, on its own, inherently problematic” and would suggest there was a healthy exchange of views.