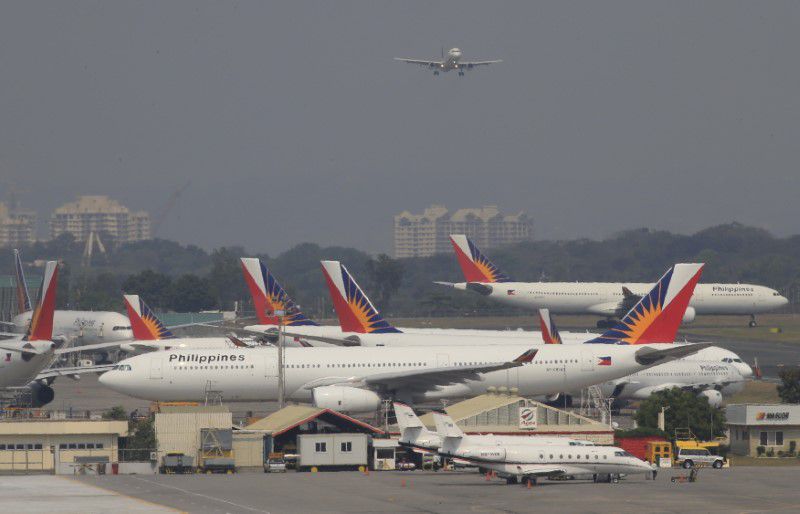 Aircraft of Philippines Airlines (PAL), the southeast asian nation's flag carrier, park beside a hangar at a runway of the Ninoy Aquino International Airport (NAIA) in Manila March 14, 2016. REUTERS/Romeo Ranoco

In a disclosure, PAL Holdings Inc (PAL.PS) said it is in the final stages of putting together a debt restructuring plan for the flag carrier to help it through the crisis.

PAL Holdings said consolidated revenue at the airline fell 64% to 55.3 billion pesos last year due to travel restrictions imposed to prevent the spread of the novel coronavirus.

“Philippine Airlines will have a long way to go for recovery,” the company said.

It is working on the final stages of a restructuring plan, including court-assisted protection, to improve the capital structure and meet obligations, it said. PAL Holdings had around $6 billion in liabilities as of end-December.

Philippine Airlines, partly owned by Japan’s ANA Holdings Inc (9202.T), announced in October it was slashing 2,700 jobs, or a third of its workforce. It has a fleet of 97 Boeing and Airbus aircraft, 81 of which are leased.

Operations will not be affected by any restructuring, the airline said, adding it will increase international and domestic flights as markets recover with easing travel restrictions.

Regional carriers like Thai Airways International Pcl and Malaysia Aviation Group have won court approval to restructure billions of dollars in debts, while Garuda Indonesia is seeking a deal to suspend loan payments to creditors and lessors. read more