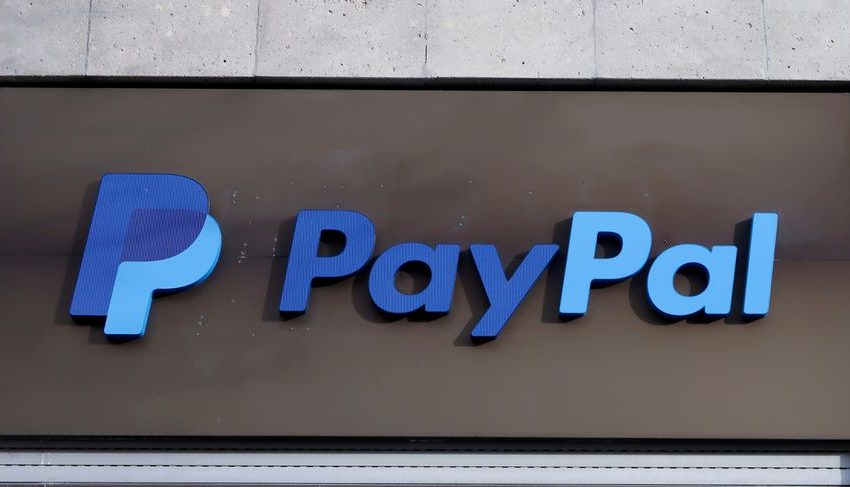 The PayPal logo is seen at an office building in Berlin, Germany, March 5, 2019. REUTERS/Fabrizio Bensch

April 27 (Reuters) – PayPal Holdings Inc (PYPL.O) shares traded higher Wednesday even after the company lowered its full-year profit outlook, signaling that payments volumes could take a hit from surging inflation and the conflict in Ukraine.

Still, the company reported a modest increase in revenue and user growth, appearing to quell some investor fears. Its shares traded 5% higher after the market closed.

In a conference call with analysts, Chief Executive Officer Dan Schulman said the company was withdrawing its medium-term outlook as both e-commerce penetration and macroeconomic conditions presented challenges.

He also acknowledged that “our shareholders expect more from us than our track record over the past several quarters.”

Schulman said 2022 remains another challenging year to forecast, adding “forecasting normalized consumer ecommerce spending as we come out of the pandemic is exceedingly complex.”

Customers in the United States have started tightening their belts in recent months as inflation surges to its highest in decades, pressuring earnings of payment processors like PayPal. read more

The company is also expected to take a financial hit from its decision to join the Western corporate boycott of Russia over the invasion of Ukraine, which Moscow has called a “special operation.” read more

PayPal had hit 52-week lows this week before reporting its earnings for the first quarter of 2022 as the market braced for a grim readout.

In the first three months of the year, PayPal’s revenue rose 8% on an FX neutral basis to $6.5 billion, above Wall Street estimates of $6.4 billion, according to Refinitiv data.

The company processed a total of $323 billion in payments in the first quarter, up 15% from a year earlier. Venmo – PayPal’s app that allows U.S. individuals to send and receive money, posted a 12% jump in payments processed to $57.8 billion.

PayPal closed the first quarter with 429 million active accounts, up 9% from the previous quarter, mostly driven by Venmo users.

PayPal earned a profit of 88 cents per share on an adjusted basis, which was in line with analysts’ expectations.

The company said it expected an adjusted profit of 86 cents per share in the current quarter, below analysts’ estimates of $1.12 per share.