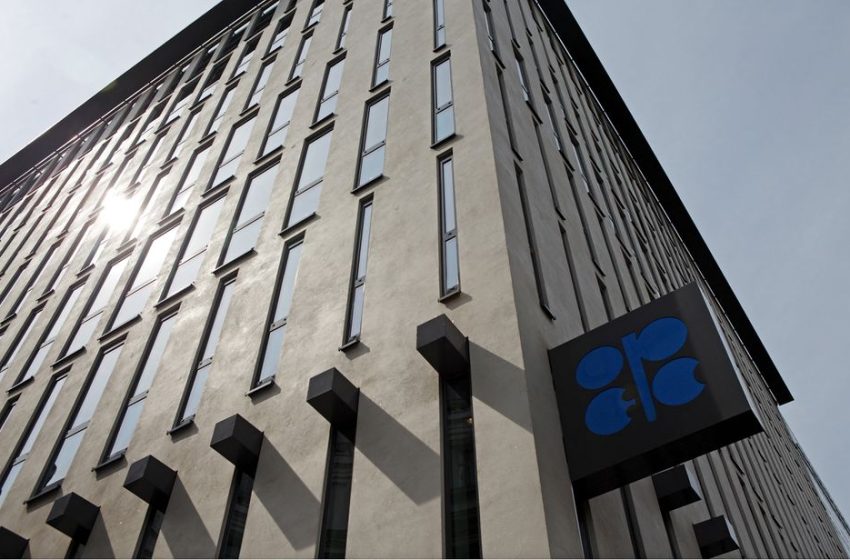 The logo of the Organization of the Petroleum Exporting Countries (OPEC) is pictured at its headquarters in Vienna, Austria, August 21, 2015. REUTERS/Heinz-Peter Bader

Saudi Arabia, top producer in the Organization of the Petroleum Exporting Countries (OPEC) last week raised the possibility of production cuts, which sources said could coincide with a boost in supply from Iran should it clinch a nuclear deal with the West. read more

“Oil prices are inching higher on hopes of a production cut from OPEC and its allies to restore market balance in response to the revival of Iran’s nuclear deal,” said Sugandha Sachdeva, vice president of commodity research at Religare Broking.

The price of crude oil has surged this year, with Brent coming close to a record high of $147 in March as Russia’s invasion of Ukraine exacerbated supply concerns. Rising fears over high interest rates, inflation and recession risks have since weighed on the market.

Oil’s gain was limited by a strong U.S. dollar, which hit a 20-year high on Monday after the Federal Reserve chairman signalled that interest rates would be kept higher for longer to curb inflation.

Unrest in Libya’s capital at the weekend, resulting in 32 deaths, sparked concern that the country could slide into a full-blown conflict and disrupt in oil supply from the OPEC nation. read more