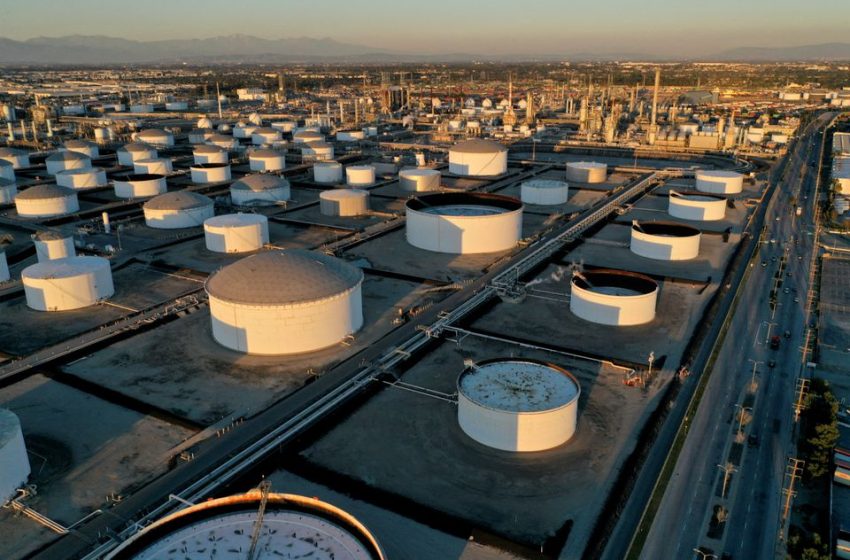 LONDON, March 29 (Reuters) – Oil prices rose on Tuesday, recovering some of the previous session’s losses as Kazakhstan’s supplies continued to be disrupted and major producers showed no sign of being in a hurry to boost output significantly.

“There was an overreaction on Monday and the market is re-considering it,” UBS analyst Giovanni Staunovo said.

Kazakhstan is set to lose at least a fifth of its oil production for a month after storm damage to mooring points used to export crude from the Caspian Pipeline Consortium (CPC), the energy ministry said.

The producer group OPEC+ was also expected to stick to its plan for a modest rise in May at this week’s meeting, despite a surge in prices due to the Ukraine crisis and calls from the United States and other consumers for more supply. read more

United Arab Emirates energy minister Suhail al-Mazrouei said on Tuesday that the mission of OPEC+ was to stabilise markets and come up with as much supply as possible.

He said squeezing any partner out of the oil alliance, which includes the Organization of the Petroleum Exporting Countries, Russia and others, would only increase prices.

Oil prices had come under pressure earlier on Tuesday, falling as much as $2, ahead of peace talks between Ukraine and Russia to be held in Turkey on Tuesday, the first discussions in more than two weeks.

But a lockdown in Shanghai to curb rising coronavirus cases was expected to hit fuel demand in China, the world’s biggest importer. Shanghai accounts for about 4% of China’s oil consumption, ANZ Research analysts said. read more

“China’s zero-COVID policy is bringing some relief to the oil market, albeit involuntarily, which is very tight due to the supply outages from Russia,” said Commerzbank analyst Carsten Fritsch.