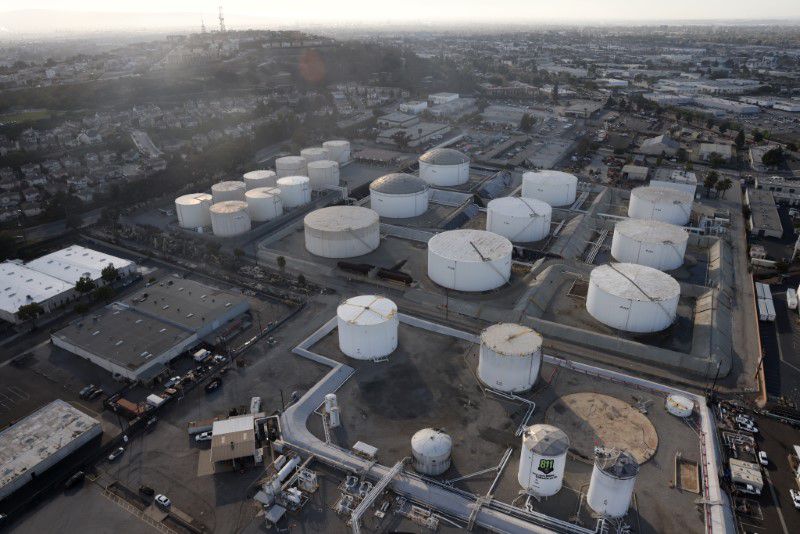 LONDON, Aug 12 (Reuters) – Oil prices declined on Thursday after the International Energy Agency (IEA) said the spread of the Delta variant of the coronavirus would slow the recovery of global oil demand. read more

The international energy watchdog said in its monthly report that rising demand for oil reversed course in July and was set to proceed more slowly for the rest of the year after the latest wave of COVID-19 infections prompted countries to bring in restrictions again.

“Growth for the second half of 2021 has been downgraded more sharply, as new COVID-19 restrictions imposed in several major oil consuming countries, particularly in Asia, look set to reduce mobility and oil use,” the Paris-based IEA said.

“We now estimate that demand fell in July as the rapid spread of the COVID-19 Delta variant undermined deliveries in China, Indonesia and other parts of Asia.”

The IEA put the demand slump last month at 120,000 barrels per day (bpd) and predicted growth would be half a million bpd lower in the second half of the year compared to its estimate last month, noting some changes were due to revisions in data.

In its monthly report that also came out on Thursday, the Organization of the Petroleum Exporting Countries (OPEC) stuck to its prediction of a strong recovery in world oil demand in 2021 and 2022, despite concerns about the spread of the virus. read more

That came a day after the United States urged OPEC and its allies, known as OPEC+, to boost oil output to tackle rising gasoline prices, which it sees as a threat to the global economic recovery. read more

OPEC agreed in July to boost output each month by 400,000 bpd versus the previous month, starting in August, until the rest of their record cuts of 10 million bpd, about 10% of world demand, made in 2020 are phased out.

“The Biden Administration said that the recently agreed production increases will not fully offset previous production cuts imposed during the pandemic,” ANZ said in a note.Additional reporting by Jessica Jaganathan; Editing by Barbara Lewis, Pravin Char and David Evans