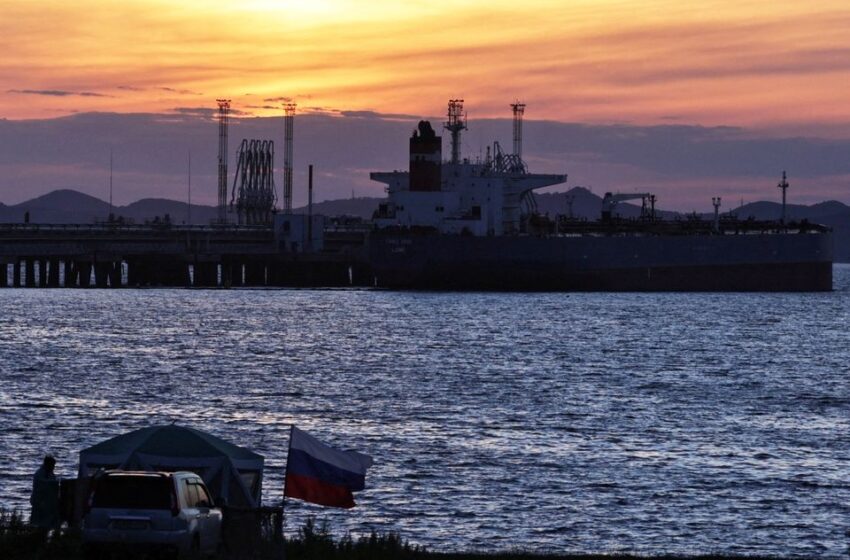 A view shows Chao Xing tanker at the crude oil terminal Kozmino on the shore of Nakhodka Bay near the port city of Nakhodka, Russia August 12, 2022. REUTERS/Tatiana Meel

Jan 4 (Reuters) – Oil edged lower on Wednesday after slumping in the previous session, weighed down by concerns about weak demand due to the state of the global economy and China’s rising COVID cases.

Both benchmarks plunged more than 4% on Tuesday, with Brent suffering its biggest one-day loss in more than three months.

Top oil exporter Saudi Arabia may further cut the prices for its flagship Arab Light crude grade to Asia in February, after they were set at a 10-month low for this month, as concerns of oversupply continued to cloud the market. read more

“The market remains worried about the impact of macro factors such as the economic downward pressure,” said analysts from Haitong Futures.

The head of the International Monetary Fund warned that much of the global economy would see a tough year in 2023 as the main engines of global growth – the United States, Europe and China – were all experience weakening activity. read more

The Fed also raised interest rates by 50 basis points (bps) in December after four consecutive increases of 75 bps each. If the Fed intensifies its rate hikes, that could slow the economy and hamper fuel consumption.

Lending oil some support, the dollar weakened on Wednesday after posting big gains in the previous session. A weaker dollar typically boosts demand for oil as dollar-denominated commodities become cheaper for holders of other currencies.

Industry group American Petroleum Institute is due to release data on U.S. crude inventories at 4.30 p.m. EDT (2030 GMT) on Wednesday. The Energy Information Administration, the statistical arm of the U.S. Department of Energy, will release its own figures at 10.30 a.m. (1430 GMT) on Thursday.