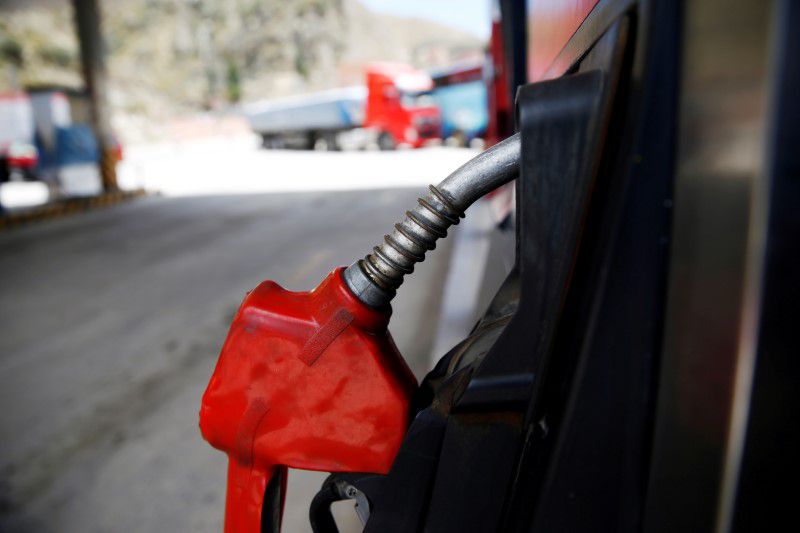 A closed petrol pump is seen in Chuquiaguillo, on the outskirts of La Paz, Bolivia, November 17, 2019. REUTERS/David Mercado/File Photo

LONDON, Aug 11 (Reuters) – Oil fell below $70 a barrel on Wednesday as the United States urged OPEC and its oil-producing partners to boost output, saying current production was not enough and could threaten the global economic recovery.

The price of Brent crude is up 35% this year supported by OPEC-led supply curbs, even after oil last week suffered the steepest weekly loss in months on worries that travel restrictions to curb coronavirus infections would hit demand.

The White House said in a statement on Wednesday that the Biden administration had urged OPEC and its partners to boost production. [nW1N2OE031] CNBC earlier reported the development.

Earlier on Wednesday, crude was trading above $70 as signs of rising fuel demand in the United States offset concerns about travel curbs in Asia caused by the COVID-19 Delta variant.

The Delta variant has been detected in more than a dozen Chinese cities since the first cases there were found in July, prompting some new travel restrictions, while U.S. cases and hospitalisations have soared to six-month highs. read more

In focus later will be the EIA’s official U.S. inventory figures at 1430 GMT.