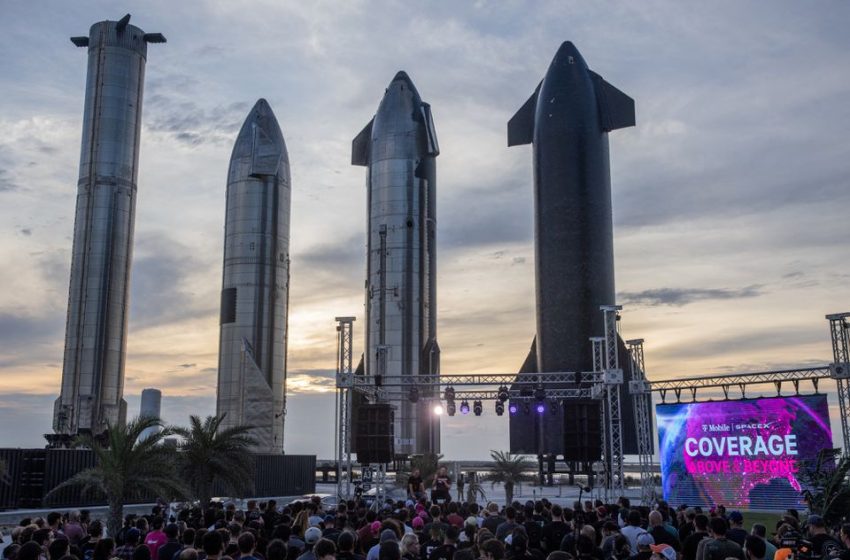 The new plans, which would exist alongside T-mobile’s existing cellular services, would cut out the need for cell towers and offer service for sending texts and images where cell coverage does not currently exist, key for emergency situations in remote areas, Musk said at a flashy event on Thursday at his company’s south Texas rocket facility.

Starlink’s satellites will use T-Mobile’s mid-band spectrum to create a new network. Most phones used by the company’s customers will be compatible with the new service, which will start with texting services in a beta phase beginning by the end of next year.

“We are constructing special antenna. … They are actually very big antenna that are extremely advanced,” he said. “The important thing is you will not need to get a new phone. The phone you currently have will work.”

Meanwhile, U.S telecom firms are in a race to build up the mid-band portion of their 5G networks to catch up with T-Mobile, which bagged a chunky 2.5 GHz of mid-band spectrum thanks to a buyout of rival Sprint.

Mid-band or C-Band has proven to be perfect for 5G, as it provides a good balance of capacity and coverage.

The carrier said it aims to pursue voice and data coverage after the texting services beta phase.

Satellite communications firm AST SpaceMobile Inc (ASTS.O) is also building a global cellular broadband network in space that will operate with mobile devices without the need for additional hardware.

Reporting by Joey Roulette in Washington, Akash Sriram and Eva Mathews in Bengaluru; Editing by Rosalba O’Brien and Leslie Adler