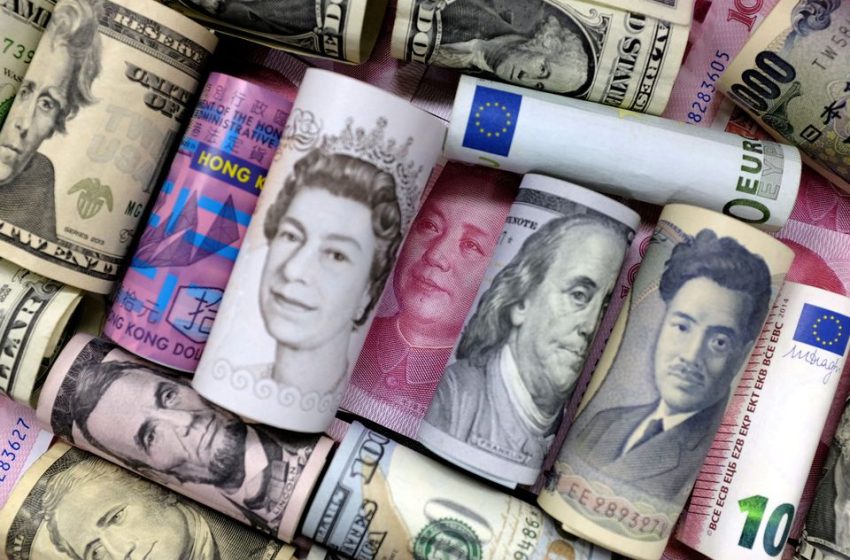 Morning Bid: Yuan, euro and pound head down the Hole

A look at the day ahead in U.S. and global markets from Mike Dolan.

Global central banks are scattering again, propelling a resurgent U.S. dollar to its highest in almost two years against China’s yuan and back through parity against the euro.

As the Federal Reserve faces an unenviable task of trying to sober up heady summer markets at its annual Jackson Hole conference this week, China’s central bank took the opposite direction on Monday by cutting key interest rates. read more

Europe’s policymakers are caught in the middle with blinding energy prices that both spur inflation and interest rate anxiety and also deepening winter recession fears.

Those worries were underlined by weekend news that Russia’s state energy giant Gazprom (GAZP.MM) plans to halt natural gas supplies to Europe for three days later this month, while Bundesbank chief Joachim Nagel said the European Central Bank must keep raising rates even if a recession in Germany is increasingly likely. read more

Even though crude oil prices edged lower on Monday, benchmark European natural gas prices jumped another 10% and are now almost 600% higher than a year ago.

With August business sentiment readings and minutes from the ECB’s most recent meeting due later in the week, the euro fell back to parity against the dollar for the first time in over a month and sterling skidded lower too. read more

Ten-year U.S. Treasury yields briefly topped 3% earlier for the first time since July, but bond yields everywhere slipped back quickly as stock markets suffered again. European indices dropped almost 2%, Wall St futures were down more than 1% and the VIX volatility index was at its highest in three weeks.

While markets are still evenly split on the size of next month’s Fed hike between 50 basis points and 75bp, they expect Fed chief Jerome Powell on Friday to warn financial markets against presuming an early halt or reversal of the tightening campaign and also potentially to offer more detail about the Fed’s balance sheet reduction. read more

But with the inflation picture darkening in Europe, futures and swaps markets there are starting to price more aggressive ECB and Bank of England rate rises ahead too.

In the corporate world, Britain’s Cineworld (CINE.L) said it was considering a possible bankruptcy filing in the United States as the world’s second-largest cinema chain operator struggles with near term liquidity. read more

Key developments that should provide more direction to U.S. markets later on Monday: