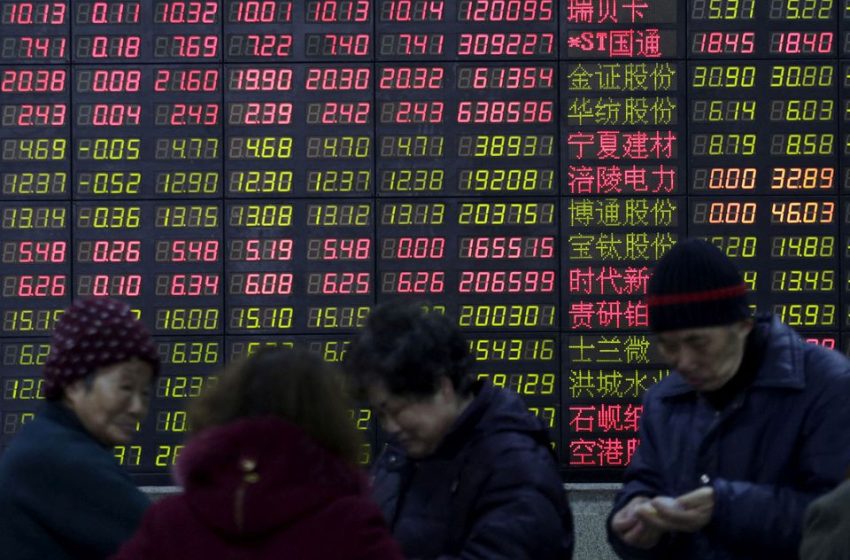 Investors stand in front of an electronic board showing stock information at a brokerage house in Shanghai, China, February 15, 2016. REUTERS/Aly Song/Files

Morning Bid: “What a mess”

A look at the day ahead in markets from Julien Ponthus.

Global markets surged overnight as traders hailed China’s pledge to support its economy, chased an elusive breakthrough for a ceasefire in Ukraine and saluted a hawkish interest rate lift-off by the U.S. Federal Reserve.

Yet, despite the positive mood this morning, the market turmoil triggered by Russia’s invasion of Ukraine isn’t going away.

A wild spike in nickel prices which left traders facing billions of dollars in losses continued to reverberate through commodity markets with the London Metal Exchange halting trades again on Wednesday. read more

“What a mess. It’s embarrassing, disorderly doesn’t even begin to describe it,” was how one metals trader commented on the chaotic reopening of nickel trading at the LME. read more

Oil markets are also gyrating wildly with prices bouncing up and down the symbolic $100 level after last week’s frenzied rally which pushed Brent crude briefly to a 2008 high of $139 a barrel.

This morning, prices are up again after the International Energy Agency said markets could lose three million barrels per day of Russian crude from April and Britain’s Boris Johnson failed to secure a pledge to ramp up production from Saudi Arabia and the United Arab Emirates. read more

Foreign exchange markets made counter-intuitive moves with the U.S. dollar index falling after the Fed projected said its policy rate would hit a range between 1.75% and 2% by year’s end in a newly aggressive stance.

For all the cheer resonating across U.S. stock markets following the Fed’s announcement, the word ‘recession’ came in with a disturbing recurrence among analysts giving a quick take on the monetary tightening.

Today, investors brace for another hike from the Bank of England and may feel perhaps more reluctant to chase a breakthrough in Ukraine peace talks after President Joe Biden called Russian President Vladimir Putin “a war criminal” which the Kremlin said was “unacceptable and unforgivable rhetoric”.