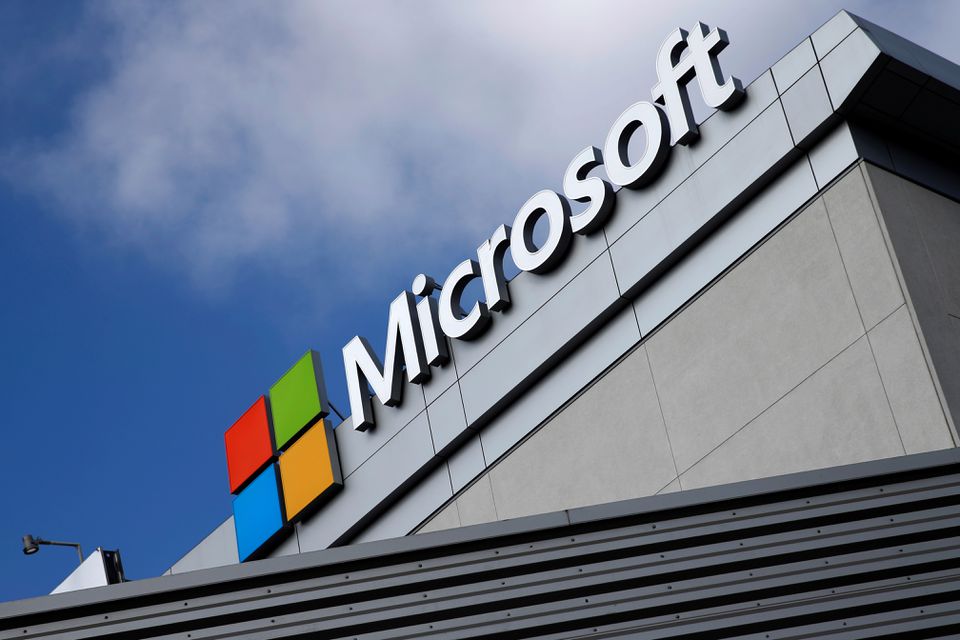 July 27 (Reuters) – Microsoft Corp (MSFT.O) posted its most profitable quarter on Tuesday, beating Wall Street expectations for revenue and earnings, as PC sales declines stemming from a global chip shortage were more than made up for by a boom in cloud services.

Shares ticked up 0.7% after Microsoft projected that growth in its Azure cloud computing business will continue apace following a quarter in which sales climbed 51%.

Overall revenue rose 21% to $46.2 billion, beating analysts’ consensus by about $2 billion, according to IBES data from Refinitiv.

Microsoft’s “guidance was off-the-charts strong and it shows the cloud growth story in Redmond is hitting its next gear,” said Daniel Ives of Wedbush Securities.

Revenue in Microsoft’s “Intelligent Cloud” segment rose 30% to $17.4 billion, with growth in Azure revenues handily surpassing the 43.1% jump projected by analysts, according to consensus data from Visible Alpha.

Microsoft’s market capitalization stands at nearly $2.2 trillion, after climbing nearly 30% so far this year, compared with 18% for the overall S&P 500 Index (.SPX), according to Refinitiv Eikon data based on Monday’s closing price.

It has surpassed the price-to-earnings ratios of tech titans Apple Inc (AAPL.O) and Google, fueling concerns among some analysts that it may be overvalued.

“Microsoft’s stock has made a big run since the beginning of the pandemic, and is trading at rich multiples,” said Haris Anwar, senior analyst at Investing.com. “After such a powerful rally, its shares may take a breather, especially when investors are still unclear how the demand scenario will evolve in the post-pandemic environment.”

But Xbox content and services revenue dipped, suggesting that a pandemic-fueled gaming boom is beginning to wane, said Paolo Pescatore, an analyst at PP Foresight. The company must strengthen its presence in the home to better compete with rivals, he added.

As makers of cars to smartphones grapple with an unprecedented chip shortage, Microsoft has not been immune.

“OEM revenue declined 3% and Surface declined 20%,” Microsoft Chief Financial Officer Amy Hood said on a call with analysts. She added that “both were impacted by the significant supply constraints noted earlier in a good demand environment.”

The chip shortage could also be contributing to Microsoft’s dip in Xbox content and services revenue, as constrained hardware sales lead to a weaker performance in services, Ives said.

“If there’s any lagging part of Microsoft, it’s the consumer piece,” he said. “I think that continues to be a work in progress.”

Microsoft projected strong growth for professional social network LinkedIn, which benefited during the quarter from robust advertising and a strengthening job market.

The company reported earnings of $2.17 per share, above the consensus estimate of $1.92.Reporting by Akanksha Rana and Julia Love; Editing by Devika Syamnath, Richard Chang and Cynthia Osterman