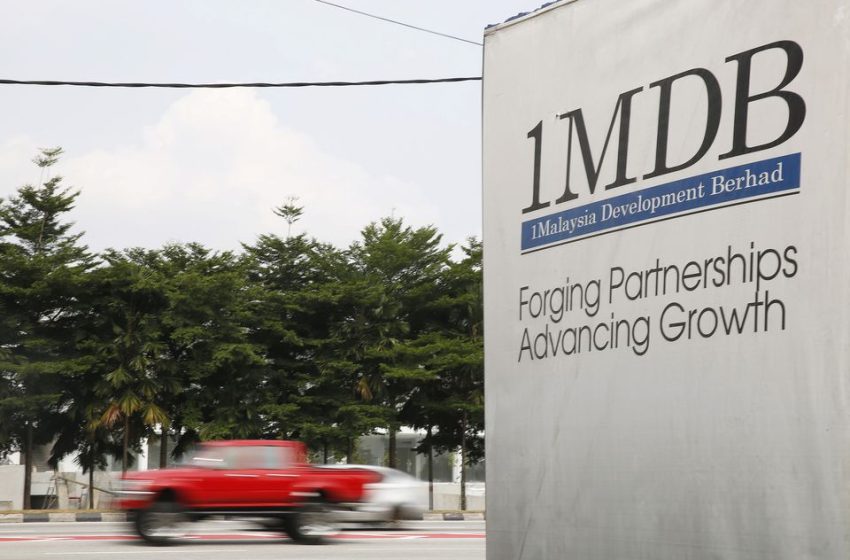 NEW YORK, March 1 (Reuters) – A fugitive Malaysian financier said he won support from allies of former U.S. President Donald Trump for a possible settlement of a probe into the looting of funds from the 1MDB sovereign wealth fund, a former Goldman Sachs banker testified on Tuesday.

Tim Leissner offered a glimpse of what he had heard from financier Jho Low about the attempted deal, on the sixth day of his testimony at the trial of Roger Ng, another former Goldman banker. Ng, 49, has pleaded not guilty to charges of conspiring to launder money and violate an anti-bribery law. read more

Leissner, a former Goldman partner, said he had no independent verification of the information.

Leissner testified that Low, whom he described as the mastermind of the scheme, told him at a 2017 meeting that Low and his lawyers were in talks with the Trump administration about the potential for a multi-billion dollar deal that would spare several people from U.S. charges.

“Jho was quite comfortable and confident,” Leissner said.

Low told Leissner he had met with Jared Kushner, Trump’s son-in-law, in Beijing and had hired Chris Christie, the former Republican governor of New Jersey, as his lawyer with the promise of a $10 million fee if the settlement was successful, Leissner said.

Christie said he represented Low in civil forfeiture actions in California that resulted in Low surrendering $700 million to the U.S. Department of Justice. He said he never entered into an agreement to receive a fee if charges were dropped in exchange for payment to the U.S. government.

“There were never any discussions between me and any members of the Trump administration that the criminal investigation would be dropped or any charges against Mr. Low or anyone else dismissed in exchange for payment to the government,” Christie said in a statement. “Nor was there any agreement for a legal success fee to me to negotiate such a result.”

Low, who was indicted by federal prosecutors in Brooklyn in 2018, has not been arrested by U.S. or Malaysian authorities. Malaysia says Low is in China, which Beijing denies.

Prosecutors say Goldman helped 1MDB raise $6.5 billion, but that $4.5 billion of those funds were diverted to government officials, bankers and their associates. The bank in 2020 agreed to pay a $3 billion fine and have its Malaysia subsidiary plead guilty in U.S. court.