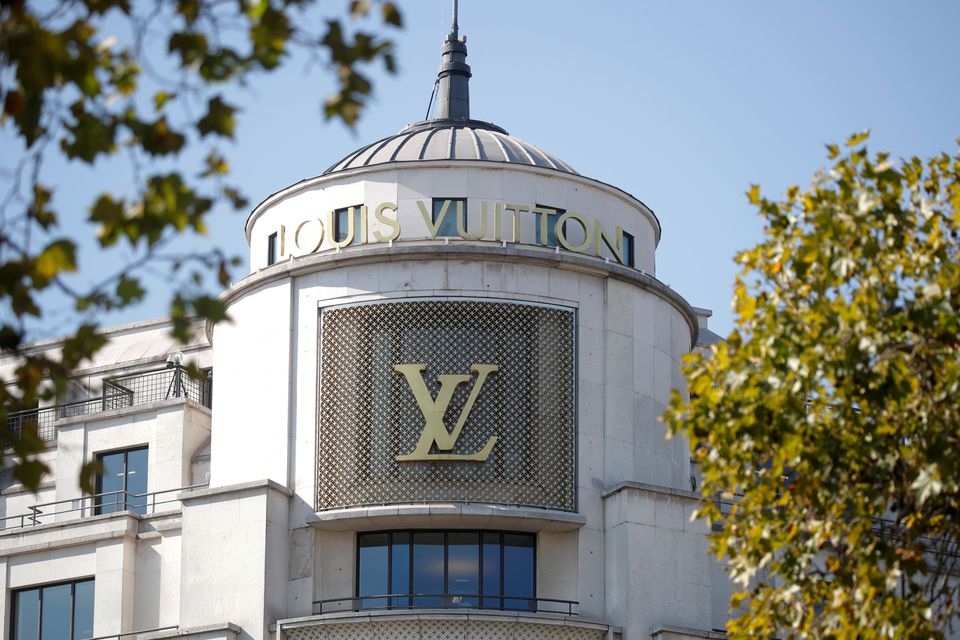 A Louis Vuitton logo is seen outside a store on the Champs-Elysees in Paris, France, September 18, 2020. REUTERS/Charles Platiau

LVMH shares were up 0.3% in early session trading.

The luxury goods industry is recovering from the COVID-19 crisis, which shut down global travel and temporarily closed stores, and LVMH has benefited more than most, using its heft to spend on marketing and social media campaigns when some of its smaller rivals are still struggling to get back on their feet.

Overall sales at LVMH, which also owns champagne and cosmetics labels, rose by 84% year-on-year in the second quarter on a like-for-like basis, which strips out currency swings, and stood at 14.7 billion euros ($17.33 billion).

Operating profit in the first six months of this year more than quadrupled compared with a year ago, beating expectations among analysts polled by Refinitiv.

“We think much of this will be repeated in H2 in the absence of a sector momentum shift: as long as the sector performs, LVMH will perform better,” wrote brokerage Jefferies, which kept a ‘buy’ rating on LVMH shares.