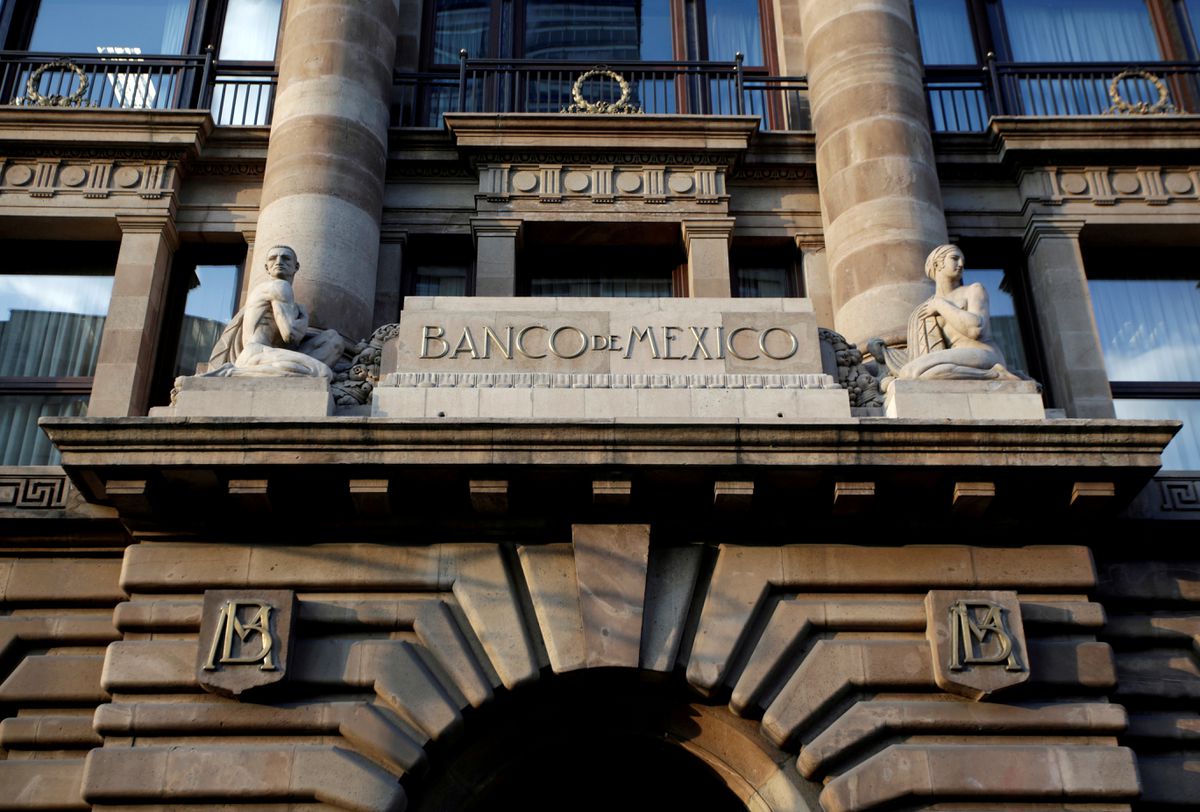 The facade of the Bank of Mexico building is pictured in downtown Mexico City, Mexico February 28, 2019. REUTERS/Daniel Becerril

MEXICO CITY, Nov 24 (Reuters) – Mexican President Andres Manuel Lopez Obrador’s surprise shakeup of the nomination process for the Bank of Mexico’s (Banxico) next chief has cast doubt over the bank’s rate-tightening cycle as it battles to keep high inflation in check.

The news battered Mexico’s peso , which lost as much as 2% to 21.6070 per dollar on Wednesday, its weakest level since March 8, before paring back some of its losses.

Some analysts said the move called into question Banxico’s independence, despite Lopez Obrador’s promises there would be no government meddling or interference in the bank’s decisions

“The uncertainty created by this development is also highly inopportune given that the central bank is struggling to get a grip on inflation and amidst drifting inflation expectations,” Goldman Sachs economist Alberto Ramos said.

Annual inflation rose faster than expected in the first half of November to more than 7%, the highest rate in over two decades and more than double Banxico’s inflation target of 3% plus or minus a percentage point.

Banxico hiked its benchmark interest rate by 25 basis points on November 11 for the fourth straight policy meeting, taking it to 5.00%.

Rodriguez is due to replace outgoing Governor Alejandro Diaz de Leon, whose term will conclude at the end of 2021. Her nomination must be ratified by the Mexican Senate, which should be a formality due to the government’s comfortable majority.

Some analysts Rodriguez would tilt Banxico in a more dovish direction.

“The 5 member board will remain autonomous, just more dovish. We need to take into account that most EMs and specially advanced economies already have dovish central banks waiting for many inflationary shocks to fade,” said Joan Domene, senior economist at Oxford economist .

Still, given the extraordinary inflationary challenges, Banxico is likely to continue hiking rates.

“We doubt that this appointment alters the picture for monetary policy,” said Nikhil Sanghani, Latin America economist at Capital Economics.

“The key risk to our view is if the peso comes under further pressure as that may result in more aggressive tightening, even under a more dovish board next year,” said Sanghani.