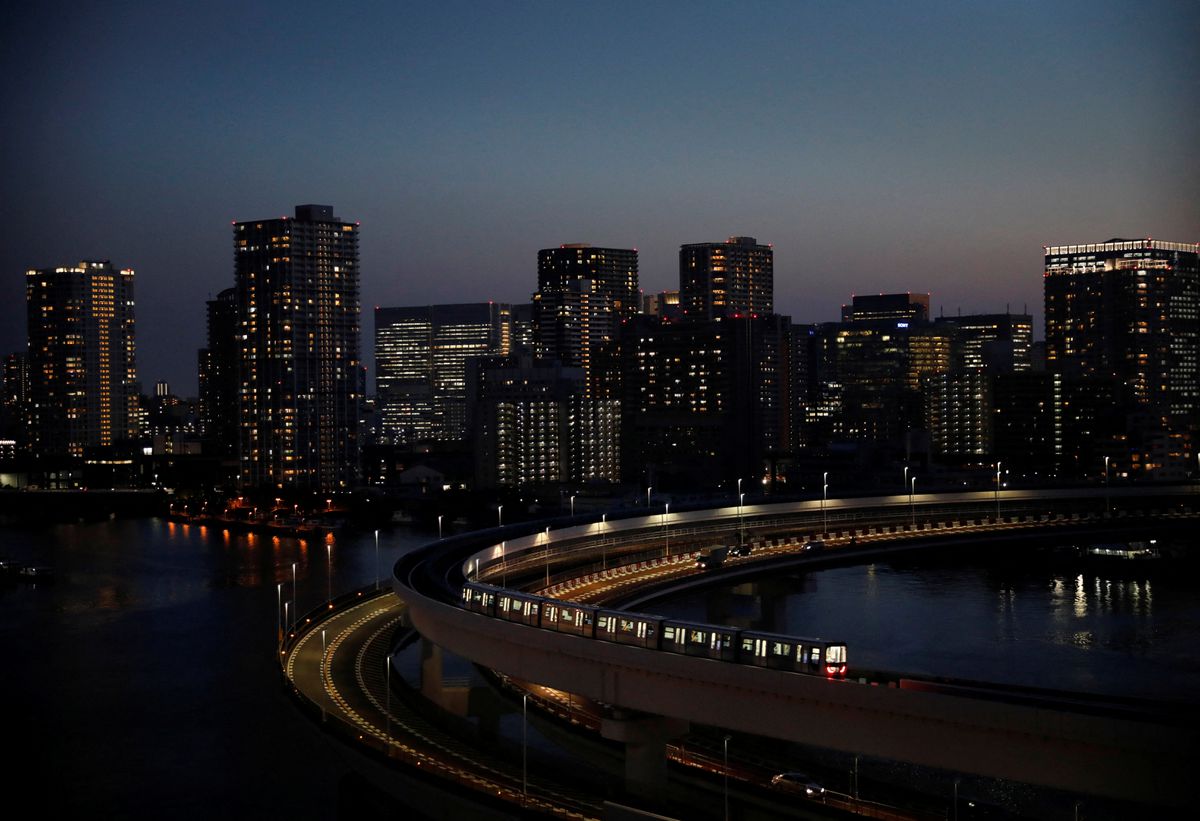 A train of the Yurikamome line, a driverless automatic train system, runs with the city skyline in the background, in Tokyo, Japan, April 21, 2021. Picture taken April 21, 2021. REUTERS/Kim Kyung-Hoon

TOKYO, Dec 23 (Reuters) – Japan’s government is set to unveil its largest annual budget on Friday with $943 billion in spending for the fiscal year beginning next April, further straining the industrial world’s heaviest debt, a draft plan seen by Reuters showed.

The first annual budget to be compiled by Prime Minister Fumio Kishida’s government got a boost from COVID-19 countermeasures, social security spending to support a fast-ageing population and the biggest-ever military outlays to deal with threats from China.

The 107.6 trillion yen ($943 billion) annual budget for the 2022 fiscal year underscores the challenge Kishida faces as he tries to realise “new capitalism” with a cycle of growth and wealth distribution and restore tattered public finances.

“Together with the extra budget approved by parliament earlier, this budget serves as part of (a) 16-month budget aimed at achieving new capitalism while responding to the coronavirus,” Kishida told a meeting of ruling party and government officials.

“I want to see swift parliament approval of this budget so that we can deliver measures quickly.”

The next fiscal year’s budget would mark a 1% rise in spending from this year’s initial plan, up for a 10th straight year.

From Europe to America, policymakers globally are unwinding crisis-mode stimulus but Japan’s fragile economic recovery has kept it from following suit, straining public debt that tops twice the size of its economy.

In a show of will to improve public finances, Kishida’s government will likely trim new borrowing next fiscal year to 36.93 trillion yen from an initially planned 43.6 trillion yen for this year, the draft showed.

Excluding mandatory expenditure such as education and public works, Japan’s budget has been stretched, leaving little room for spending in growth areas like green and digital transformation.

The spending plan needs to be approved by parliament by the end of this fiscal year in March 2022.

It will be rolled out along with the first extra budget for this fiscal year as a combined 16-month budget aimed for seamless spending to secure post-COVID recovery.

Japan’s economy, the world’s third largest, contracted an annualised 3.6% in the July-September quarter following a resurgence of COVID-19 cases, putting a drag on private consumption that makes up more than half of the economy.

In a glimmer of hope, tax revenue is expected to grow by 7.79 trillion yen from this year’s initial estimate to reach a record 65.24 trillion yen, the draft showed, in a sign of rising corporate profit and household income.