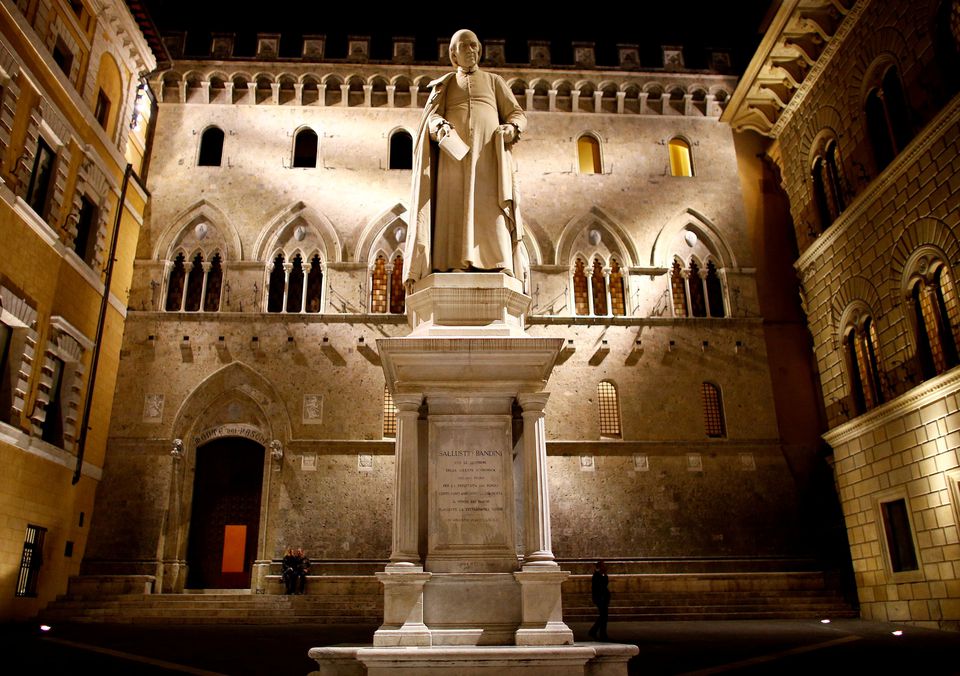 Italy owns 64% of Monte dei Paschi (MPS) (BMPS.MI), after a 5.4 billion euro ($6.4 billion) 2017 bailout. It has committed to returning the world’s oldest bank to private hands by mid-2022, but its capital needs of 2.5 billion euros have made finding a solution more urgent.

The start of the negotiations, which are set to last 40 days, has sparked a barrage of demands from ruling parties, with Economy Minister Daniele Franco due to appear in parliament this week to answer questions on the matter.

The Treasury, hopeful of finally resolving the state-controlled bank’s decade-long crisis, had not reckoned with the immediate political push back.

“We do not agree with the idea of breaking up the bank. MPS’ territorial roots in Tuscany, its workers and brand must be safeguarded,” Antonio Misiani, economic chief for the co-ruling, centre-left Democratic Party (PD), told Reuters.

Job cuts are the main problem for unions and politicians. Redundancies of nearly a third of MPS’ current 21,000 staff are expected and these cuts would need to be agreed before the deal with UniCredit is finalised and paid for by state, a source close to the matter said.

To clear its bailout, MPS had agreed to cut 4,800 staff as part of a restructuring plan through 2021.

MPS and politics have long been closely linked. Siena, where MPS’ central offices employ around 1,400 people, is a traditional stronghold of the PD party, which has often been criticised for contributing to the bank’s troubles.

Now the political stakes are even higher because the PD’s national leader, Enrico Letta, who has no seat in parliament, has chosen an upcoming by-election in Siena to try to get one.

In Italy, banks usually only lay off people heading towards retirement and pay between 80 and 90% of their salary for up to seven years until they qualify for their pension.

With an average cost of 200,000 euros for an employee that is four-and-a-half years away from pension, MPS’ staff cuts could cost the state more than 1.4 billion euros.

“We need to calculate how much UniCredit’s tough terms for a deal are going to cost taxpayers and assess alternative solutions,” said the League’s Centemero.

To consider an acquisition, UniCredit CEO Andrea Orcel has demanded that any deal would leave the Milanese bank’s capital buffers unaffected, while boosting UniCredit’s earnings per share by at least 10%. read more

His conditions will be costly for state coffers, but Rome set a precedent in 2017 when it paid Intesa Sanpaolo (ISP.MI) 4.8 billion euros to buy for one euro the good assets of two regional banks in the Veneto region.

As it did with the Veneto banks, the state is due to keep MPS’ problem loans and legal risks stemming from mismanagement.

A person with knowledge of the matter said the Treasury was confident MPS’ bondholders would not be asked to share the costs taxpayers will face to clinch a sale to UniCredit.

The last word on the fate of MPS lies with PM Draghi, who is not actively involved in the talks with UniCredit, a source from his office said.

A government source said the Treasury was committed to protecting jobs and making sure UniCredit takes on as many workers as possible. The Treasury will also strive to preserve the MPS brand in some of its Tuscan branches, the source added.