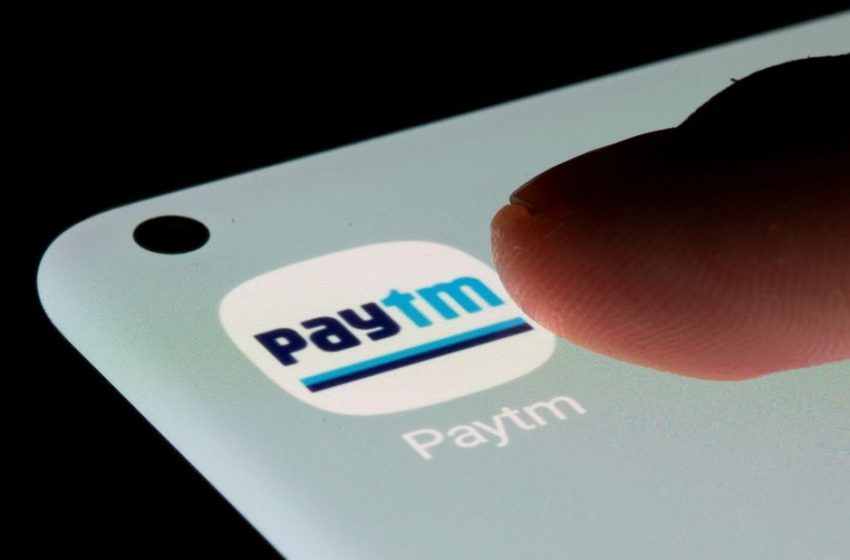 Paytm app is seen on a smartphone in this illustration taken, July 13, 2021. REUTERS/Dado Ruvic/Illustration

Investors in India’s Paytm have no access to payments bank data, CEO says

NEW DELHI/BENGALURU, March 14 (Reuters) – Investors in India’s Paytm (PAYT.NS) do not have access to customer data of its payments bank, CEO Vijay Shekhar Sharma told Reuters in an interview on Monday, seeking to allay concerns over reports of user data being leaked to Chinese firms.

The Reserve Bank of India last week barred Paytm Payments Bank from taking on new customers and ordered a comprehensive audit of its IT systems, citing “material” supervisory concerns observed in the bank, without elaborating further.

Paytm has denied a news report from Bloomberg that said earlier on Monday RBI found Paytm Payments Bank’s servers were sharing information with China-based entities that indirectly own a stake in the firm.

In an interview to Reuters, Sharma said no investor had access to the company’s customer data, and the country’s central bank had raised no concerns related to data storage or access.

“There is no access of any bank customer data to any person, of any nationality … RBI has (in its observations) not mentioned anything in relation to investors,” Sharma said.

Paytm Payments Bank, which facilitates transactions on mobile commerce platform Paytm, has over 300 million wallets and 60 million bank accounts, according to its website. Paytm is one of India’s most popular digital payments service.

The RBI action is the latest setback for Paytm, which had a flop stock market debut of its $2.5 bln IPO in November. Its shares are down almost 70% from the issue price.

Sharma told Reuters “we are confident” of addressing RBI’s concerns at the earliest. The RBI has ordered a comprehensive audit of Paytm Payment Bank’s IT systems.

In a separate statement, a Paytm spokesperson said its payments bank data resides within the country.

The RBI did not immediately respond to a Reuters request for comment.