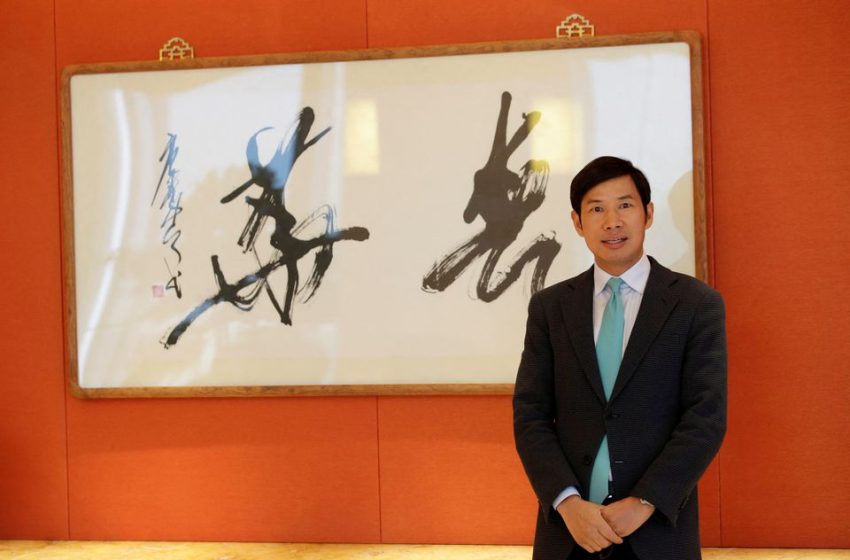 HONG KONG, June 27 (Reuters) – In 1997, the world watched as Britain returned Hong Kong to Chinese rule, with some pessimistic or wary about the outlook for the city and its role in the global financial system.

Twenty-five years later, Hong Kong has so far retained its status as a financial hub, and some of the city’s top executives are banking on a bright future as the territory remains a crucial springboard for investment into mainland China.

Charles Li, former chief executive of bourse operator Hong Kong Exchanges and Clearing (HKEX) (0388.HK) and founder of microfinance platform Micro Connect, said that although he believes the next 25 years will be “very different”, he’s optimistic.

“I’m convinced that the overall prosperity of Hong Kong will remain as strong as before because Hong Kong retains its value to both sides,” Li told Reuters, referring to China and the West.

When he celebrated the handover with friends more than two decades ago in the city’s bustling nightlife district of Lan Kwai Fong, Li said many people saw it as the “beginning of a very long ride, and the best is yet to come.”

On Friday, Hong Kong reaches the halfway mark of a 50-year experiment designed to give the city a high degree of autonomy under Chinese rule.

Critics of the government say political and civil liberties have been hugely curtailed, especially since the introduction of a national security law in 2020.

The finance sector has thrived since the handover. The value of Hong Kong’s stock market has surged to HK$27.65 trillion ($3.52 trillion) as of end-June, up from HK$3.2 trillion in 1997 and global investors have become increasingly reliant on Hong Kong to trade mainland stocks.

Turnover on the Hong Kong-Shanghai stock connect pipeline – which provides access to closely controlled mainland capital – jumped to 46.5 billion yuan on June 22, up from 12.8 billion yuan when it launched in 2014, according to data from HKEX.

On the Hong Kong-Shenzhen stock connect channel, turnover stands at about 58 billion yuan, up from 2.7 billion yuan at its launch in 2016.

Although uncertainty clouds the outlook for political and civil liberties under electoral changes and the sweeping national security law, other business executives say Hong Kong’s standing as a financial hub will stay intact.

Some business lobby groups and diplomats have expressed concern over the outlook for Hong Kong, given an exodus of talent and worries over the rule of law and judicial independence.

“Hong Kong will remain indispensable, (and) also the most competitive gateway between China and the rest of the world,” Fred Hu, founder and chairman of private equity group Primavera, told Reuters. “I don’t believe any mainland city, including some cities I love, will bypass Hong Kong.”

The city has contended for some of the world’s hottest initial public offerings in recent years, including Alibaba, the New York-listed e-commerce titan, which journeyed to Hong Kong to raise $13 billion in a secondary listing in November 2019.

Hong Kong has been the world’s top stock exchange by IPO value seven times since the handover, most recently in 2019, when 146 companies raised a total of $40 billion on the main board, according to Dealogic data.

In a move that authorities say underscores the importance China attaches to Hong Kong, President Xi Jinping will attend the swearing in of the city’s new leader, John Lee, on Friday as well as celebrations to mark the handover.

“I believe the central government’s intention toward Hong Kong is benign. They don’t want to mess up Hong Kong,” Hu said.

A former security chief who is sanctioned by the United States, Lee will be closely watched by a financial industry eager to get back on track after crippling COVID-19 restrictions that have triggered an exodus of people and seen the border with mainland China largely closed for two years.

David Chin, UBS’ (UBSG.S) head of investment banking for Asia-Pacific, is optimistic on Hong Kong’s outlook, although he says China’s role on the global stage is key.

“Hong Kong is also the international gateway for China,” he said. “So the foreign relationship, how China interacts with the rest of the world, is also very important for Hong Kong.”