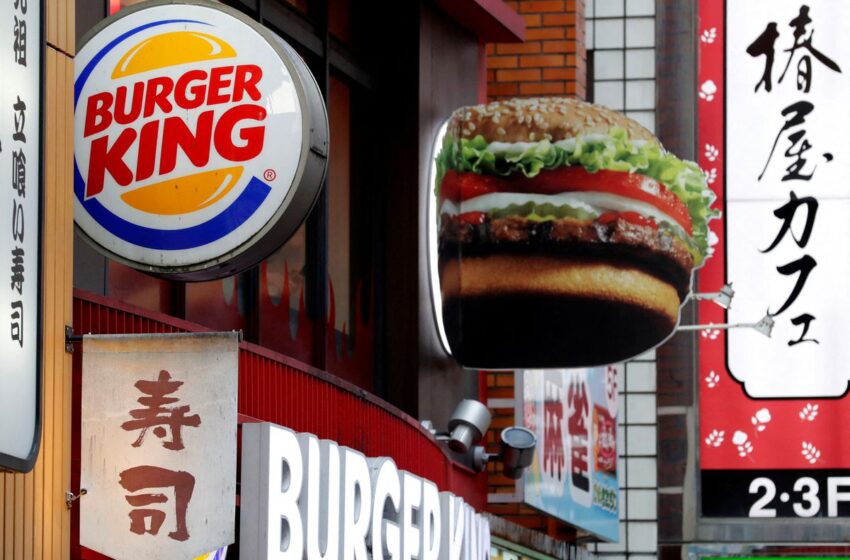 Hong Kong, Jan 18 (Reuters) – Private equity firm Affinity Equity Partners is this week launching the sale of its Burger King fast-food businesses in South Korea and Japan, in a deal that could fetch more than $1 billion, a person with knowledge of the matter told Reuters.

Hong Kong-based Affinity has appointed Goldman Sachs to run the sale, which is targeting both private equity investors and strategic buyers, said the person, who declined to be identified as the information is confidential.

The South Korean business reported 680 billion won ($572 million) in revenue in 2021, with adjusted earnings before interest, taxes, depreciation, and amortization (EBITDA) at 80 billion won ($67 million), said the person, adding its adjusted EBITDA in 2022 is expected to reach 100 billion won.

Global fast-food chains such as McDonald’s and Yum! Brands are trading at 20 to 30 times their EBITDA, Refinitiv Eikon data showed. Burger King India (BURG.NS) is trading at about 25 times of its EBITDA.

Affinity and Burger King Japan did not immediately respond to a request for comment.

An official at BKR Corporation, the operator of Burger King in South Korea, declined to comment.

The Nikkei business daily first reported the sale on Monday.

It comes as the consumer and retail sector faces tremendous challenges and disruption caused by the coronavirus pandemic.

In South Korea, businesses have adapted by relying more on deliveries, which has prompted exponential growth for its food delivery apps.

Burger King Korea said on Monday the number of monthly active users on its mobile app in December exceeded 1.4 million, the highest since the app was launched in May 2016.

Since Affinity’s acquisition, Burger King has been in an expansion mode in South Korea and Japan.

The Japan franchise said on Monday it would open three new outlets in January, bringing the total there to 149, with plans to open more “aggressively” in 2022.

Reporting by Kane Wu in Hong Kong, additional reporting by Sam Nussey and Rocky Swfit in Tokyo and Joyce Lee in Seoul, Editing by Louise Heavens