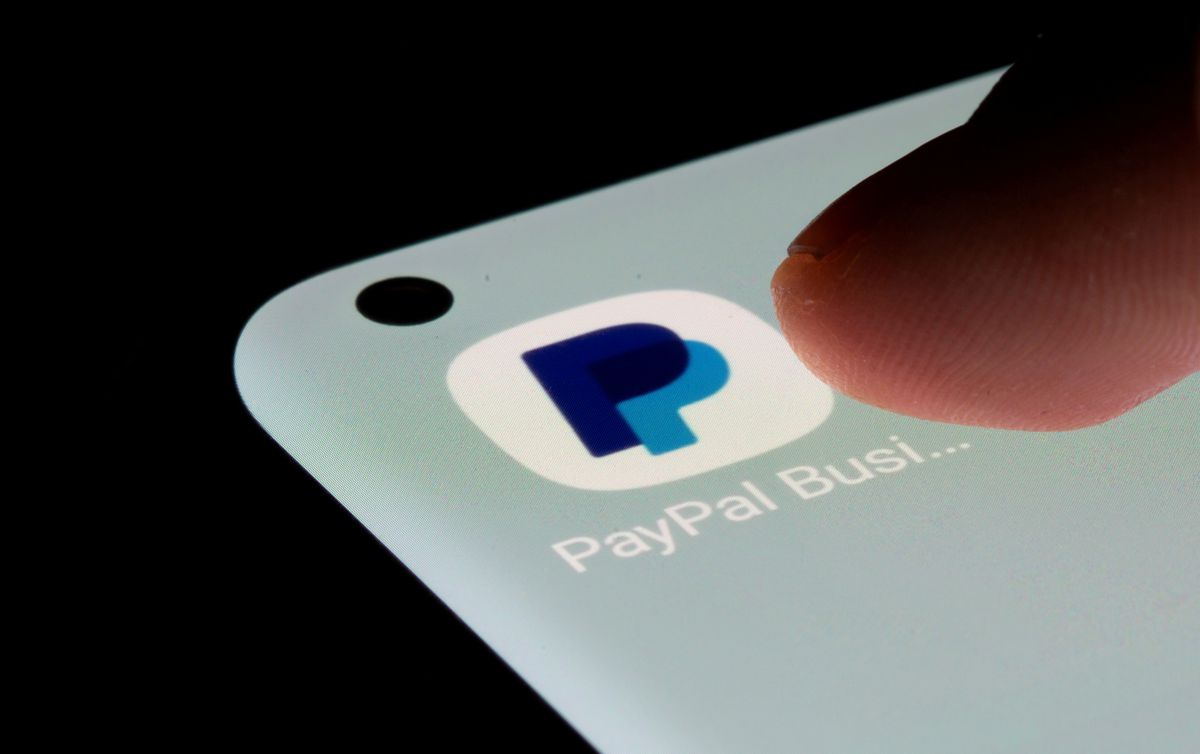 PayPal app is seen on a smartphone in this illustration taken, July 13, 2021. REUTERS/Dado Ruvic/Illustration/File Photo/File Photo

July 28 (Reuters) – Shares of PayPal Holdings Inc(PYPL.O) fell 8% on the payment company’s downbeat current-quarter profit outlook that outweighed a better-than-expected profit in the second quarter from a pandemic-driven shift to digital spending.

EBay Inc’s (EBAY.O) continued transition to its own managed payments platform instead of using PayPal for its e-commerce platform served a blow to the latter’s performance view for the remainder of 2021.

PayPal has been among the big winners of the COVID-19 pandemic as more people used its services to shop online and pay bills to avoid stepping out. Businesses, forced to move their stores online, also flocked to PayPal.

This helped the company process a total of $311 billion in payments in the second quarter ended June 30, up 40% from a year earlier, and added 11.4 million net new active accounts.

Total revenue in the second quarter rose 19% to $6.24 billion, but missed estimates of $6.27 billion, according to Refinitiv data, further hurting shares.

PayPal said it expects third-quarter net revenue to be in the range of about $6.15 billion to $6.25 billion, representing growth of about 13%-14% at current spot rates, but missing analysts’ average estimate of $6.45 billion.

San Jose, California-based PayPal also said it expects adjusted profit of $1.07 per share, in-line with a year earlier, but lower than estimates of $1.14.

It expects annual total payment volumes to rise between 33% and 35% on a spot and forex neutral basis.

On an adjusted basis, PayPal earned a profit of $1.15 per share in the second quarter, compared with analysts’ expectations of $1.12 per share, according to Refinitiv data.

Venmo, PayPal’s app that allows individuals in the United States to send and receive money, processed $58 billion in payments, up 58% from a year earlier.Reporting by Noor Zainab Hussain in Bengaluru; Editing by Shinjini Ganguli