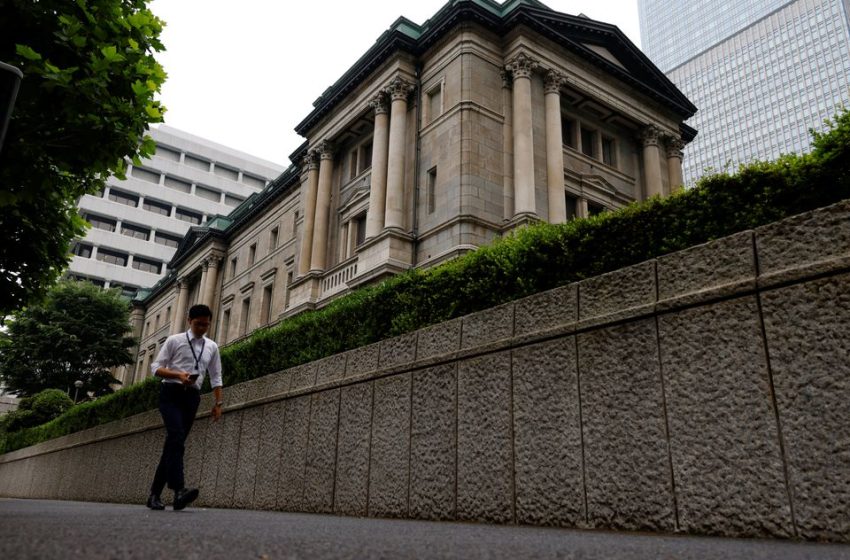 In the euro zone, business activity contracted this month for the first time in well over a year while in Britain growth was at an 11-month low, purchasing managers’ surveys said on Friday. read more

Sister surveys due later from the United States are expected to show a slowdown in the world’s largest economy, while Japan’s government is expected to sharply cut its growth forecast for domestic growth.

Meanwhile, China’s strict COVID-19 lockdowns and Russia’s invasion of Ukraine have further damaged global supply chains that had not yet recovered from the pandemic.

“We’ve had a massive increase in global energy and food prices and that is hitting consumers’ disposable income and forcing them to cut back,” said Samuel Tombs at Pantheon Macroeconomics.

“It is quite a gradual deceleration however and we’re not hurtling into a recession.”

Euro zone business activity unexpectedly contracted this month due to an accelerating downturn in manufacturing and a near-stalling of service sector growth as burgeoning costs pushed consumers to cut back on expenditure, a survey showed.

S&P Global’s flash Composite Purchasing Managers’ Index (PMI), seen as a good gauge of overall economic health, fell to 49.4 in July from 52.0 in June, well below all forecasts in a Reuters poll that had predicted a more modest dip to 51.0.

A reading below 50 indicates a contraction and July’s preliminary estimate was the lowest since February 2021.

Businesses across the euro zone continued to report mounting inflation pressures and an acceleration in wage growth, even as the overall growth outlook becomes increasingly murky, the European Central Bank said on Friday, based on a survey of 71 major firms. read more

The Reuters poll gave median predictions of a 40% probability of a U.S. recession over the coming year and a 50% chance of one happening within two years, a significant upgrade from a June survey.

China and Japan remain exceptions by keeping monetary policy loose, a sign their economies – the second- and third-largest in the world – lack strength to offset the weaknesses in other parts of the globe.

Worries over a global slowdown are casting a shadow over Asia’s recovery prospects with factory activity growth slowing in Japan and Australia, keeping pressure on policymakers to support their economies while tightening monetary policy to combat inflation.

Japan’s manufacturing activity grew at the slowest pace in 10 months in July, its PMI survey showed on Friday, boding ill for an economy struggling to shake the wounds from the pandemic. read more

“July’s PMIs suggest that the manufacturing sector is slowing as demand weakens, while the latest COVID-19 is starting to hit the services sector,” Marcel Thieliant, senior Japan economist at Capital Economics, said on Japan’s PMI.

Factory activity also slowed in Australia with the index falling to 55.7 in July from 56.2 in June, a separate survey showed on Friday.

The slowdown in the world’s second-largest economy, as well as the fallout from aggressive central bank tightening, forced the Asian Development Bank to slash its growth forecast for the region on Thursday. read more