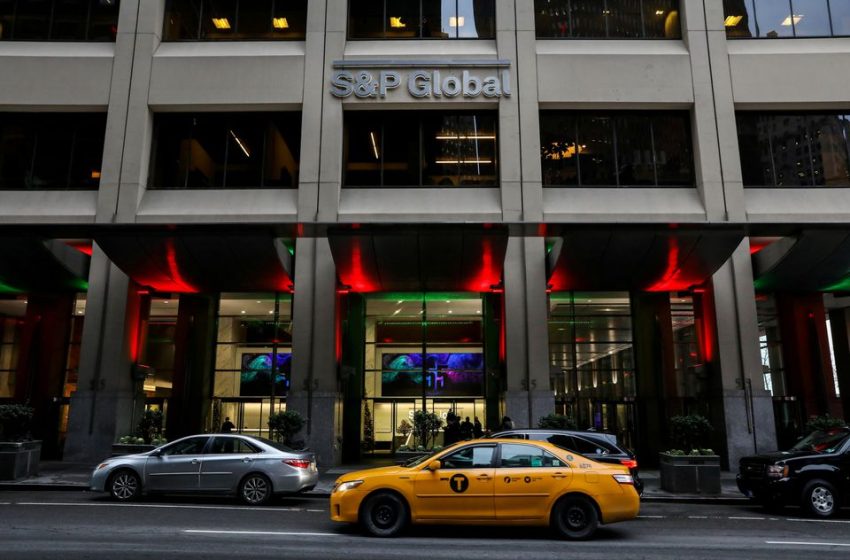 The S&P Global logo is displayed on its offices in the financial district in New York City, U.S., December 13, 2018. REUTERS/Brendan McDermid

LONDON, April 5 (Reuters) – Global sovereign borrowing will reach $10.4 trillion in 2022, nearly a third above the average before the coronavirus pandemic, S&P Global Ratings said in a report.

Despite an economic recovery, borrowing will stay elevated because of high debt rollover requirements and war in Ukraine, the ratings agency said in an annual note.

“This will pose additional difficulties to sovereigns that have been unable to restart growth, reduce reliance on foreign currency financing, and where interest bills are already critically high on average.”

Borrowing in the economies of emerging Europe, Middle East and Africa (EMEA) will rise $253 billion to the equivalent of $3.4 trillion by the end of the year, S&P said in an accompanying report on Thursday.

Egypt, which has recently sought IMF assistance, is set to overtake Turkey as the region’s largest issuer of sovereign debt, with $73 billion worth of bond sales, S&P analysts forecast.

Among larger countries globally, Kenya, Egypt and Japan have the biggest share of debt that needs to be rolled over this year, the analysts said, pointing to short-term debt of 26% and 30% of total debt stocks in Egypt and Kenya respectively.

Commercial debt in EMEA emerging markets is set to increase to 37% of GDP from 31% in 2016, boosted by pandemic-related costs, a rise in commercial borrowing in Oman and Saudi Arabia and “persistently high fiscal deficits” in Egypt and Romania.

Across emerging markets, JPMorgan analysts said in a note on Monday, the corporate default rate could reach 8.5% this year, more than double the 3.9% they expected before Russia invaded Ukraine and the highest since the global financial crisis. read more