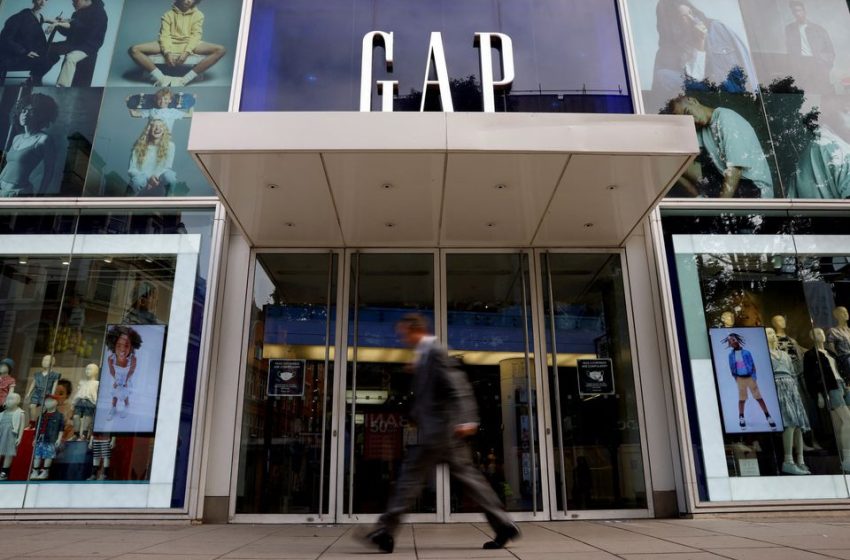 A man walks past a Gap store on Oxford Street in London, Britain, July 1, 2021. REUTERS/John Sibley

Aug 25 (Reuters) – Gap Inc (GPS.N) reported a surprise quarterly profit on Thursday on demand for dressier clothes at its Banana Republic brand, while an inventory glut and weak sales of outdated clothes prompted it to withdraw annual forecasts.

People have been opting for suits, dresses and skirts over casual wear as they increasingly venture out for social events and to offices, with demand for affordable luxury, which Banana Republic specializes in, also staying firm.

The company, which is in the middle of a CEO transition after Sonia Syngal stepped down last month, said it would invest “more prudently” in marketing, implement a pause on hiring and slow down its spending on technology as it seeks to shore up its profits.

U.S. apparel chains including Kohl’s (KSS.N) and Abercrombie & Fitch have warned of steeper discounts to offload excess inventory of casual wear, which people donned more during the height of the pandemic. read more

Gap recorded an inventory impairment charge of $58 million and said stocks at the end of the second quarter were 37% higher from last year, although it expects them to fall heading into next year.

The company reported second-quarter profit of 18 cents per share, compared with an average estimate of a loss of 5 cents from analysts polled by Refinitiv.

Net revenue of $3.86 billion also topped expectations of $3.82 billion, helped by a 9% jump in sales at Banana Republic, even as Gap struggled to sell outdated styles at brands including Old Navy.

Reporting by Praveen Paramasivam in Bengaluru; Editing by Vinay Dwivedi