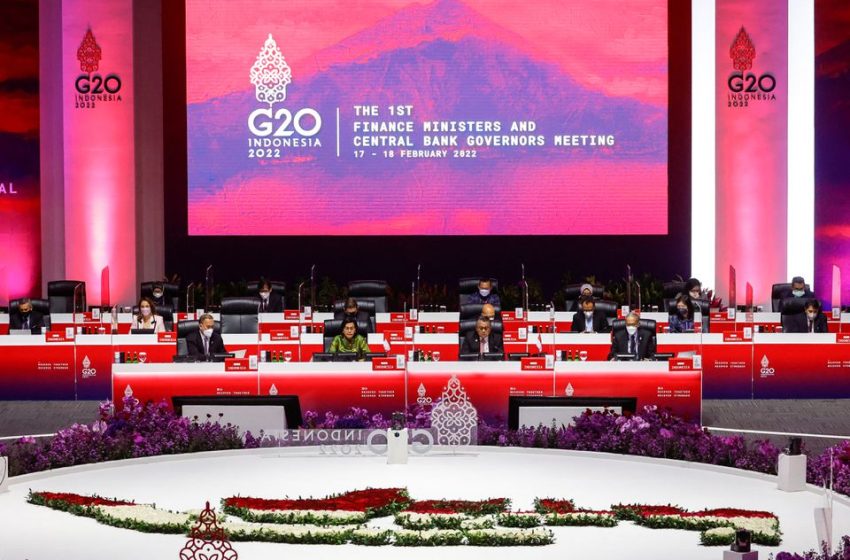 JOHANNESBURG/LONDON, Feb 17 (Reuters) – Wealthy nations must improve their floundering flagship debt relief initiative or face a spate of debt crises in the developing world, experts and campaigners say as a meeting of finance chiefs of G20 major economies opened on Thursday.

As the pandemic battered global economies, the Group of 20 leading economies launched measures, including a temporary debt service suspension for poor countries to provide breathing room, as well as the Common Framework – a debt restructuring scheme for long-term relief.

The Debt Service Suspension Initiative (DSSI) has now expired. Meanwhile, having signed up for the Common Framework a year ago, Zambia, Ethiopia and Chad have yet to receive relief.

Their uncertain fate, coupled with the fear of being punished by the market, have led other governments to steer clear of the Common Framework.

“It doesn’t give them any incentives,” the Washington-based Center for Global Development’s Daouda Sembene, a former director at the International Monetary Fund (IMF), told Reuters.

“Unfortunately, it so far has done some harm and not necessarily good.”

Alarm bells are ringing for many. According to the IMF, some 60% of low-income countries – mostly in Africa – are either in debt distress or at high risk of it, up from less than 30% in 2015. read more

This year, 74 low-income nations must repay $35 billion to bilateral and private lenders – nearly double from 2020, the World Bank calculated. With the U.S. Federal Reserve on the verge of hiking interest rates, borrowing costs are set to increase for riskier emerging markets.

U.S. Treasury Secretary Janet Yellen has called for action on relief for poorer nations and will urge her G20 counterparts to work towards shoring up developing countries. read more

“Unless these efforts are strengthened, sovereign debt crises will prevent vulnerable countries from fully bouncing back after the pandemic.”

Officials in Indonesia, which holds this year’s G20 presidency, say debt relief is one issue on the agenda at the meeting of finance ministers on Thursday and Friday.

IMF chief Kristalina Georgieva wants the Common Framework beefed up with timelines to speed up decision-making and clear comparability of treatment enforcement, providing creditors comfort that the process is fair.

She also wants debt service standstills during restructuring negotiations and an expansion of the framework’s remit as many countries holding the bulk of at-risk debt are not poor enough to currently qualify for relief.

Others are pushing for deeper revisions.

Tim Jones of the UK-based Jubilee Debt Campaign says a plan is needed to deal with private creditors and bondholders, who refused to participate in the now expired DSSI initiative.

“You need to make clear the alternative is them not being paid anything,” he said

What action, if any, the G20 delivers this week remains to be seen. Finance ministers might be absorbed by issues closer to home – geopolitical tensions, rising global inflation and tighter monetary policy.

“So what happens in 30 low-income countries, even though it’s 30 countries, is something that could be happening on another planet,” World Bank Chief Economist Carmen Reinhart told Reuters.

Even a functioning Common Framework will solve only half the problem, experts say. Countries must get help in growing economies, not just traditional austerity measures.

“It is not solving a growth problem, and you cannot solve a debt problem by killing growth,” said Vera Songwe, the executive secretary of the U.N. Economic Commission for Africa.