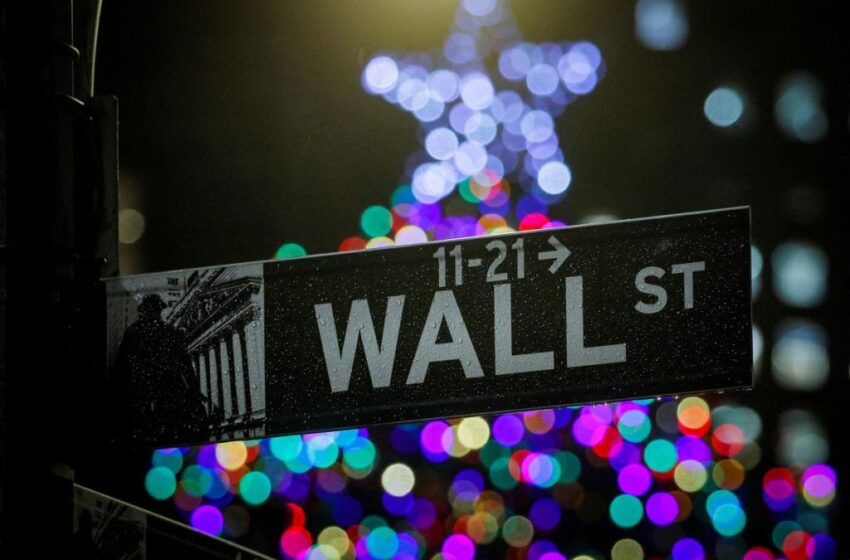 Jan 5 (Reuters) – U.S. stock index futures were subdued on Wednesday ahead of minutes from the Federal Reserve’s December meeting, even as big technology stocks continued to fall, with Salesforce.com declining after a brokerage downgrade.

Salesforce.com Inc (CRM.N) fell 2.3% in premarket trading after a report that UBS lowered its rating on the stock to “neutral” from “buy”.

Interest-rate sensitive growth shares were also under pressure from a recent rise in U.S. Treasury yields, sparked by growing angst towards the prospect of interest rate hikes by the Fed to curb inflation.

The U.S. central bank said last month it would end its pandemic-era bond buying in 2022, signaling at least three interest rate hikes for the year. Minutes from the meeting are due at 1400 ET/1900 GMT.

“The rising yields will be a major story of the coming months of course as the Fed is preparing to end its QE purchases and hike rates. And the Fed minutes should give some light on the Fed’s plans,” said Ipek Ozkardeskaya, senior analyst at Swissquote Bank.

On the data front, December readings on ADP National Employment report and Markit composite final PMI are set to be released later in the day.

Peloton Interactive (PTON.O) dipped 1.6% after J.P.Morgan cut its price target on the fitness firm’s stock on expectations of softer demand.

U.S.-listed shares of Alibaba Group and Bilibili Inc were down 1.1% and 4.2%, respectively, as China’s top market regulator fined the companies’ units for failing to properly report about a dozen deals. read more Reporting by Devik Jain in Bengaluru; Editing by Maju Samuel