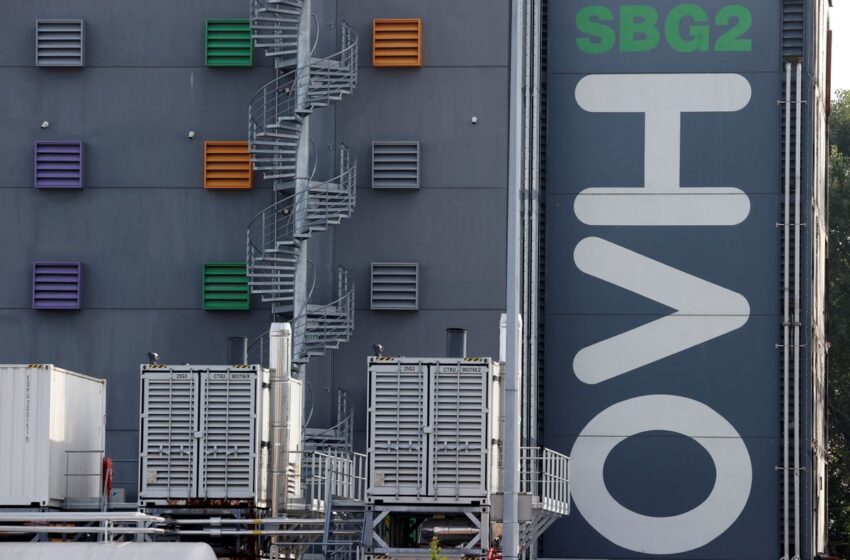 The logo of French cloud computing company OVHcloud is seen on a data-center building in Strasbourg, France, October 13, 2021. REUTERS/Christian Hartmann

France’s OVHcloud picks up speed in Q1, on track for 2022 targets

Jan 12 (Reuters) – French cloud computing company OVHcloud (OVH.PA) reported on Wednesday a rise of 13.9% in its first-quarter revenue, and said it was on track to achieve its full-year objectives.

The group also highlighted the launch of fresh Platform-as-a-service (PaaS) solutions in the quarter, and an acceleration in its international expansion, particularly in the United States and Asia.

“All of these factors allow us to confidently carry out our strategy in order to assert our European leadership, capitalise on the exponential growth of the cloud market and achieve our objectives throughout 2022,” Chief Executive Officer Michel Paulin said in a statement.

OVHcloud reiterated that it is expecting its revenue growth to come in the upper half of its initial target range of 10% to 15% and an adjusted earnings before interest, taxes, depreciation and amortisation (EBITDA) margin of around 40% in the 2022 fiscal year.

The Europe-based company, which made its market debut in October in one of Paris’ biggest new listings of the year, is well-positioned to capitalise on the exponential growth in the global cloud market, Paulin said. read more