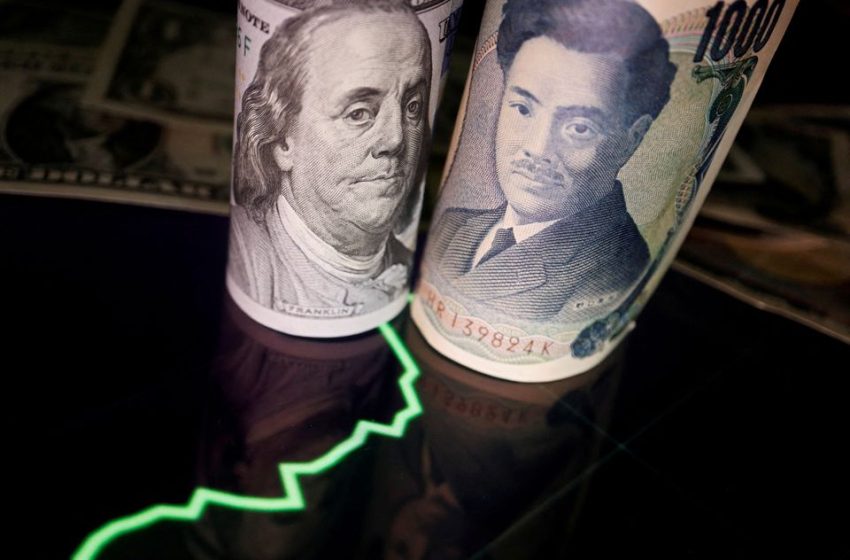 LONDON, Sept 8 (Reuters) – The euro was hovering above Tuesday’s two-decade low on Thursday as investors awaited a policy decision from the European Central Bank (ECB) and comments from the head of the Federal Reserve for insight on the path for global monetary tightening.

The ECB is expected to raise rates by 75 basis points (bps), taking its deposit rate above zero for the first time since 2012, but the option of a smaller 50 basis point hike hasn’t been ruled out.

“We expect the ECB to only do 50 basis points today, instead of the consensus view of 75,” said Chris Turner, head of markets at ING. “If that’s the case, we think euro-dollar probably corrects back down to about $0.99.”

By 0747 GMT, the euro was trading down 0.3% at $0.99795, holding above its lowest level since late 2002 of $0.9864 as Europe’s energy crisis keeps the single currency under pressure and the dollar reigns as the Fed reiterates its commitment to bring inflation down to target. read more

Fed Chair Jerome Powell is scheduled to participate in a discussion at 1310 GMT — overlapping with ECB chief Lagarde’s post-decision press conference — with Fed officials soon due to enter into a blackout period prior to the central bank’s Sept. 20-21 meeting.

Recent Fed rhetoric has continued to be hawkish overall.

Boston Fed President Susan Collins said on Wednesday that bringing inflation back down to 2% is the Fed’s “Job One,” while Vice Chair Lael Brainard said tight monetary policy will continue “for as long as it takes to get inflation down.” read more

Money markets lay 79% odds that the Fed will hike by another 75 basis points at this month’s meeting, which would increase the fed funds rate to 3.0% to 3.25%.

Sterling weakened 0.4% to $1.1486, heading back toward the previous day’s 37-year low of $1.1407, ahead of new British Prime Minister Liz Truss’s announcement on her plans to tackle soaring energy bills. read more

Japan’s yen showed some resilience on Thursday, trading little changed at 143.77 per dollar , after reaching a 24-year low of 144.99 in the previous session.

The yen has been a particular victim of recent dollar strength, partly due to its sensitivity to rising long-term U.S. yields as hawkish Fed bets ramped up and the Bank of Japan remains the holdout dovish central bank.

“Ongoing depreciation pressure on the yen has raised the probability of a change in policy (from the Bank of Japan) later this year,” Goldman Sachs analysts said in a research note.

“If the BoJ drops YCC (yield curve control), rate differentials vs the U.S. should stop widening, and the rise in USD/JPY should pause or reverse.”

Meanwhile, the Aussie fell 0.5% to $0.67345, earlier tumbling as low as $0.6713, after RBA Governor Lowe said in a speech “the case for a slower pace of increase in interest rates becomes stronger as the level of the cash rate rises.” read more