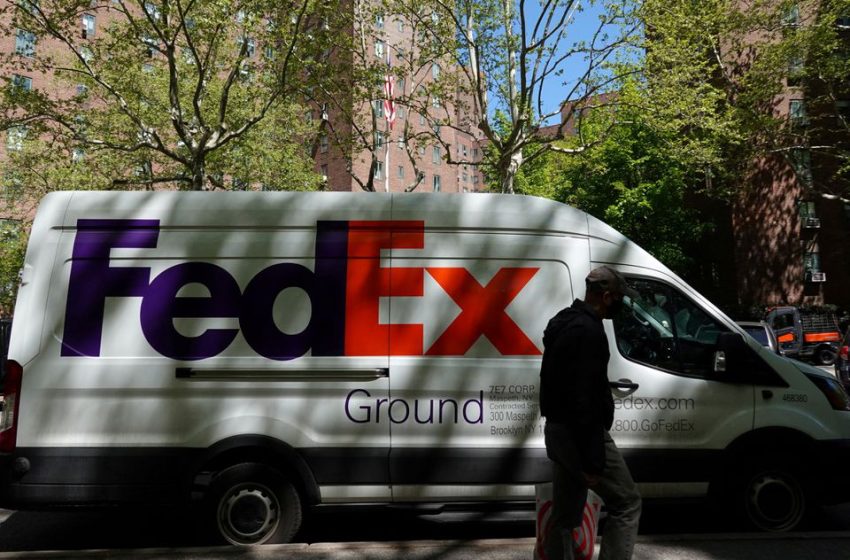 LAS VEGAS, Aug 26 (Reuters) – Package carrier FedEx Corp (FDX.N) is facing a threat from an unusual source – one of its biggest delivery contractors.

Tennessee businessman Spencer Patton has ratcheted up pressure on FedEx to boost compensation for contractors after company actions made it even harder for them to wring out profit in a downshifting, inflationary economy.

Patton is one of the largest contractors for FedEx Ground, the company’s fastest-growing business, which relies on 6,000 “independent service providers” to get millions of packages to homes and businesses each day. The 36-year-old has morphed from one of FedEx’s biggest boosters to one of its biggest adversaries.

“I am not here to be a bomb thrower and to trash FedEx Ground and the CEO,” Patton told Reuters at the contractor conference he hosted in Las Vegas last weekend. He proposes that FedEx and contractors collaborate to find solutions.

Patton is also forming a trade group to advocate for all delivery partners, including those working with Amazon.com Inc (AMZN.O). Memphis-based FedEx has traditionally been anti-union, but if Patton’s efforts gain traction, they could squeeze the company’s profit and disrupt business ahead of the crucial holiday shipping season.

FedEx hit Patton – who has made a fortune with FedEx Ground running 275 semi-trucks and delivery vehicles, selling routes to other entrepreneurs, and offering consulting services – with a “cease and desist” letter earlier this summer.

“As the pendulum swings back” from pandemic growth, “FedEx Ground remains committed to working with each of you to find solutions,” unit leader John Smith said in an internal message to contractors viewed by Reuters.

NO MARGIN FOR ERROR

Patton said up to 35% of FedEx Ground’s independent service providers (ISPs) are at risk of financial collapse. His own business, which runs 225 routes in 10 states, operates at a -5% to -10% margin. He has called on FedEx to stop money-losing Sunday deliveries and increase contractors’ share of fuel and holiday surcharges on packages.

Thirteen contractors at Patton’s conference told Reuters they are losing money on operations, or that a major setback like a blown engine would push them into the red.

Most traced the current financial crunch to Christmas 2021. Contractors got stuck with big bills due to an inaccurate holiday season volume forecast by FedEx. read more

Then, they missed bonus targets that were based on the company’s overly optimistic forecast. That left them without a cushion against spiking fuel costs and losses from the Sunday deliveries FedEx marketed to Walmart Inc (WMT.N) and other retailers that compete with e-commerce leader Amazon.com.

“There is no margin for error now,” John Pontefract, an Oregon contractor, said.

The company has not yielded on the fuel surcharge split, Brie Carere, FedEx’s chief customer officer, told Reuters. It did reduce Sunday requirements for 25% of contractors, but remains committed to the service, she said.

Last Saturday, Patton told some 3,000 attendees at his Las Vegas conference he still bleeds FedEx Purple, even as his business hemorrhages money. But he then threatened to stop “bailing out” FedEx Ground by helping complete work for other struggling contractors.

FedEx’s Carere told Reuters that the changing market reduced the need for that work and that the company could manage the holiday season without additional help from Patton.

FedEx “pays handsomely” for that work and others will be hungry to do it, said Dean Maciuba, a consultant and former FedEx executive.

Patton said he would shutter his business on Black Friday, which marks the start of the holiday peak shipping season, if contractors do not win more relief.

Carere said FedEx stress-tested this year’s peak forecast and is confident it is better prepared. It will release holiday compensation details by the end of business on Friday, she said.

To be sure, Patton has his critics, including California FedEx Ground contractor Satgur “Singh” Athwal.

It is too early to tell if Patton is a changemaker or a squeaky wheel, but he has successfully broadcast contractors’ fear that they and FedEx will be harmed by a flurry of ISP failures. Graphic: https://tmsnrt.rs/3PC3NR1

If the standoff between the two sides continues, UPS will benefit, said Satish Jindel, who helped build the company that became FedEx Ground.

Jindel, now a consultant, does not support subsidizing inefficient operators, but said delivery providers’ current stress is largely due to FedEx rushing through changes like year-round Sunday delivery without contractor input.

A real-world comparison would be McDonald’s telling the franchisees that run its restaurants to sell a $15.99 steak for $9.99, he said.

“That is what has happened, and that needs to change,” Jindel said.