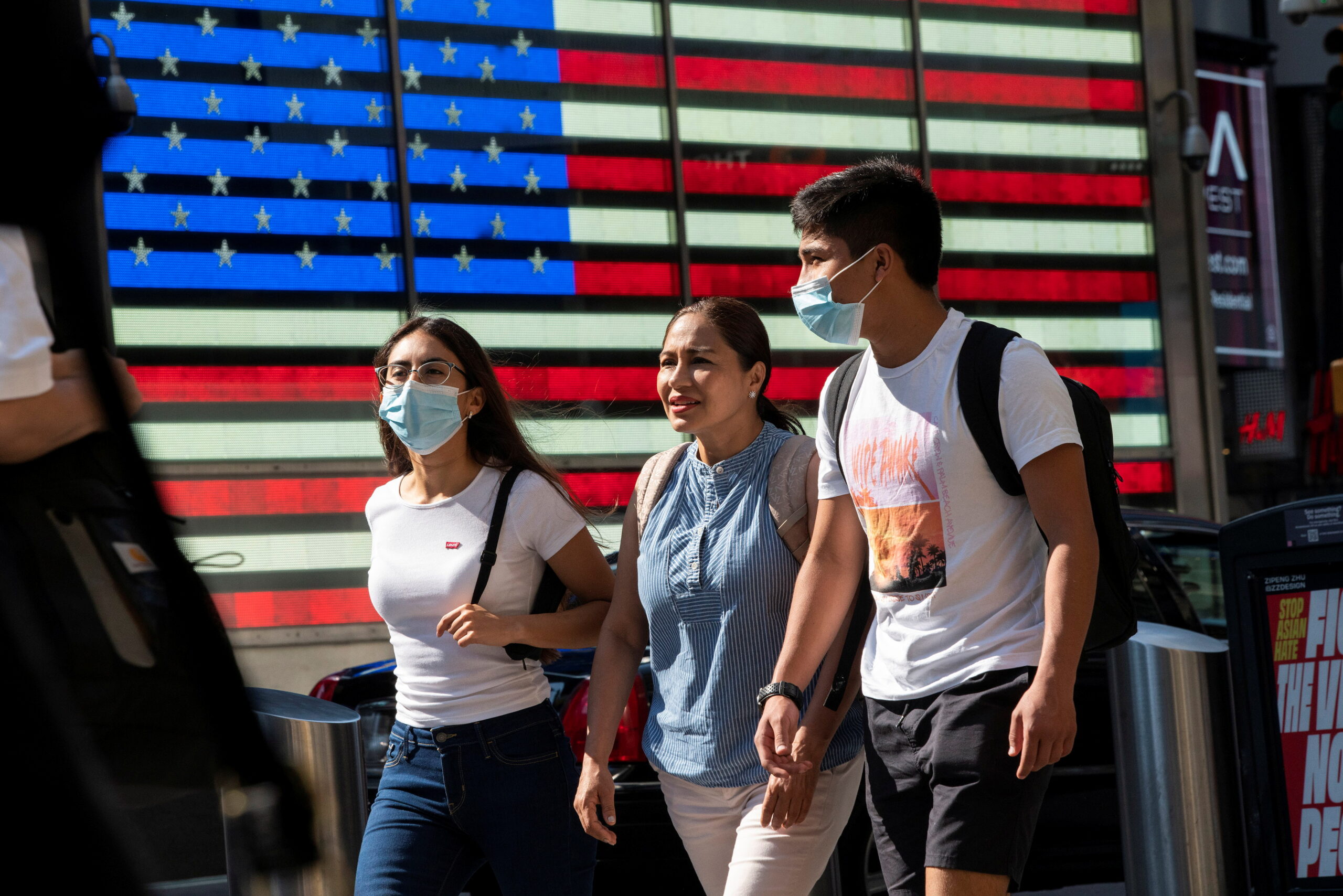 WASHINGTON, July 28 (Reuters) – The U.S. economic recovery is still on track despite a rise in coronavirus infections, the Federal Reserve said on Wednesday in a new policy statement that remained upbeat and flagged ongoing talks around the eventual withdrawal of monetary policy support.

In a news conference following the release of the statement, Fed Chair Jerome Powell said the U.S. job market still had “some ground to cover” before it would be time to pull back from the economic support the U.S. central bank put in place in the spring of 2020 to battle the coronavirus pandemic’s economic shocks.

“I would want to see some strong job numbers” in the coming months before reducing the $120 billion in monthly bond purchases the Fed continues to make, he told reporters.

But Powell also downplayed, at least for now, the risk that the renewed spread of the coronavirus through its more infectious Delta variant will put the recovery at risk or throw the Fed off track as it plans an exit from crisis-era policies.

“It will have significant health consequences” in the areas of the country where outbreaks are intensifying, Powell said. Yet in the prior waves of coronavirus infections “there has tended to be less in the way of economic implications … It is not an unreasonable expectation” that would remain the case this time, he added.

“It seems like we have learned to handle this,” with progressively less economic disruption, Powell said, even as he acknowledged a fresh outbreak might to some degree slow the return of workers to the labor market or disrupt planned school reopenings in the fall.

The Fed’s policy statement, issued after the end of a two-day policy meeting, reflected that confidence as the central bank continues debating how to wind down its bond purchases.

There appeared to be progress in that discussion, though no clear timetable for reducing the bond purchases. Powell said there was “very little support” for cutting the $40 billion in monthly purchases of mortgage-backed securities “earlier” than the $80 billion in Treasuries, and that once the process begins “we will taper them at the same time.”

Overall, however, the Fed seemed unfazed by spread of the Delta variant, even though new daily coronavirus infections have roughly quadrupled since the Fed’s June 15-16 policy meeting.

“With progress on vaccinations and strong policy support, indicators of economic activity and employment have continued to strengthen,” the central bank said in its statement.

Though vaccinations have slowed – and Powell plugged inoculation as the best chance to get the economy durably back to normal – the Fed said it still expected vaccinations to “reduce the effect of the public health crisis on the economy.”

That should translate into strong job growth, Powell said, and eventually allow the Fed to move away from its crisis-era programs.

In December, the Fed said it would not change its asset-buying program until there had been “substantial further progress” in repairing a labor market that was then 10 million jobs short of where it was before the pandemic.

That number is now below 7 million, and the Fed for the first time acknowledged the economy had taken a step towards its benchmark for trimming the purchases.

“The economy has made progress, and the (Federal Open Market) Committee will continue to assess progress in coming meetings,” the Fed said in language pointing towards a possible reduction in bond purchases later this year or early in 2022.

The Fed also said that higher inflation remained the result of “transitory factors,” and was not an imminent risk to the economy or the Fed’s policy plans.

Along with leaving its bond-buying program unchanged, the central bank on Wednesday kept its overnight benchmark interest rate near zero.

Acknowledging some progress towards their goals “seems designed to give them the option to announce” as soon as September their plans for winding down the bond purchases, he wrote.

The S&P 500 (.SPX) index, which was modestly lower before the release of the policy statement, ended the session flat. Yields on U.S. Treasuries fell in choppy trading, while the dollar (.DXY) was slightly weaker against a basket of currencies.Reporting by Howard Schneider and Jonnell Marte Editing by Paul Simao