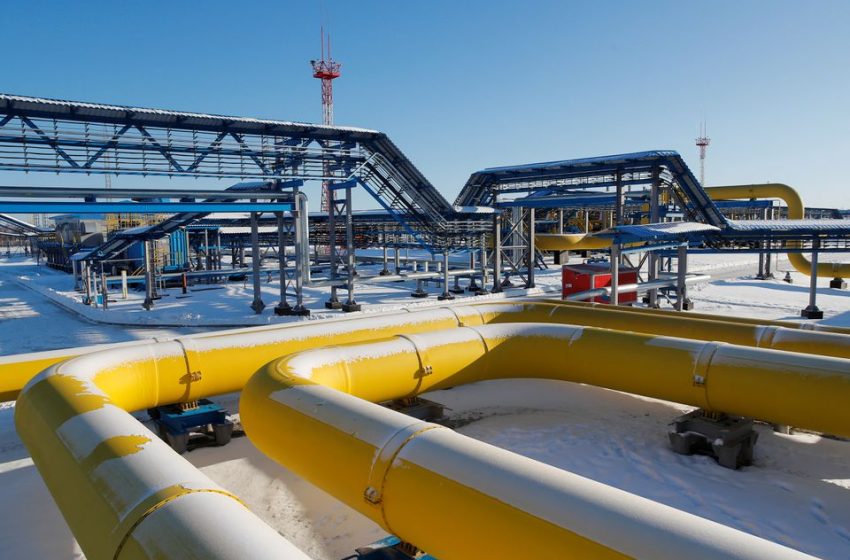 Gas pipelines are pictured at the Atamanskaya compressor station, facility of Gazprom's Power Of Siberia project outside the far eastern town of Svobodny, in Amur region, Russia November 29, 2019. REUTERS/Maxim Shemetov.

Factbox: What happens if Russia turns off gas flows to Germany?

FRANKFURT, March 29 (Reuters) – Russia’s demand that some buyers pay for its gas in roubles has raised concerns in Germany, which relies on Russian fuel, that the payment dispute could escalate and disrupt supplies.

Russia accounted for 55% of Germany’s gas imports in 2021. Although that figure fell to 40% in the first quarter of 2022, Economy Minister Robert Habeck has said Germany will not achieve full independence from Russian supplies before mid-2024.

Moscow said last week it would draw up a mechanism by March 31 under which so-called “unfriendly” countries – those behind sanctions imposed over Russia’s invasion of Ukraine – would pay for gas in roubles. That includes Germany, Europe’s industrial powerhouse, and other European allies.

Most now pay in euros or dollars.

Habeck, who is the minister responsible for Germany’s energy security, has rejected Russia’s demand, saying contracts would be honoured under current terms.

Russia’s biggest German customers are Uniper (UN01.DE), RWE (RWEG.DE) and EnBW’s (EBKG.DE) VNG (VNG.UL), which all have long-term gas supply contracts. They have not commented on questions about individual preparations for any disruption.

WHAT HAPPENS IF SUPPLY IS DISRUPTED OR STOPS?

Germany’s utility association BDEW has called on the government to draw up a national emergency plan to prepare for disruptions to Russian gas supplies.

Berlin already has an “Emergency Plan Gas” that outlines three crisis levels to deal with such an event.

The first level is the early warning, when there are signs a supply emergency is developing. The second is alarm, when a disruption to supply or extraordinarily high demand upsets the usual balance but can still be corrected without intervention.

The third level is emergency, when market-based measures have failed to remedy shortages. At this stage, Germany’s network regulator, the Bundesnetzagentur, must decide on how to distribute remaining gas supplies across the country.

Till now, the authorities have not indicated that any of these levels have been reached.

WHO IS FIRST AFFECTED?

If Germany does not secure enough gas, industry will be hit first. It accounts for a quarter of German gas demand.

Private households will have priority over industry, while hospitals, care facilities and other public sector institutions with special needs would be last to be affected by a disruption.