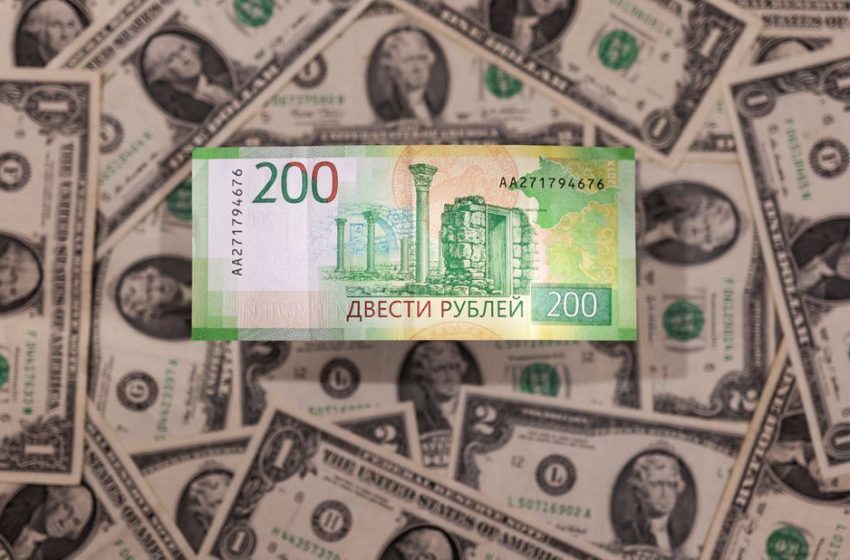 Explainer: Russia walks the plank to a foreign bond default

FRANKFURT, June 3 (Reuters) – Russia’s failure to send an interest payment to creditors is triggering a payout on debt insurance, taking the country another step closer to its first default on international bonds since the Bolshevik revolution more than a century ago.

On Friday, the European Union expanded sanctions on Russia, including on a domestic payments processing firm Moscow hoped to use for servicing its Eurobonds read more .

Nudging Russia towards a debt crisis through the mechanism of financial sanctions is part of a wider stand-off that has built up between the Kremlin and the West during the 100 days since Russia’s invasion of Ukraine, which it refers to as a “special operation”.

Under President Vladimir Putin, Russia has been ejected from the financial systems which oil the wheels of global trade. A default will seal its status as a pariah.

-The Bolsheviks to Putin: a history of Russian defaults read more

WHY IS RUSSIA NOT PAYING DEBT?

Defaulting nations are usually bankrupt or unwilling to pay. Russia, though, has hundreds of billions of dollars, and earns billions more weekly from oil and gas sales.

So the circa $40 billion of foreign bonds outstanding — with around $2 billion in payments due by year-end — should be easily manageable.

Moscow also wants to pay, to avoid getting lumped in with the poor and chaotically governed nations which typically default.

But a welter of sanctions by the United States and the European Union prevent it from sending money through the global payments system. An exemption that allowed U.S. owners of Russian sovereign bonds to receive payments has now expired.

That is pushing Russia towards default by blocking the path by which payments would reach bondholders’ bank accounts. read more

Russia has touted paying creditors in roubles or hard currencies other than the dollar, bypassing Western payment infrastructure.

Finance minister Anton Siluanov suggested replicating the rouble-conversion payments scheme Russia imposed on European gas customers, with creditors opening accounts at a Russian bank to be paid in currencies other than the dollar. read more

However, the plan would not have allowed Russia to dodge default as U.S. investors would not have been able to participate. And on Friday the European Union slapped sanctions on Russia’s National Settlement Depository, which was meant to process the bond payments.

WHEN WILL DEFAULT HAPPEN?

An official default could come around the end of June.

It said it had transferred the cash to the National Settlement Depository, but sanctions likely prevented it progressing further. To avert default, the money must land in bondholders’ accounts within a 30-day grace period.

Non-payment of a small interest payment on another bond has already caused a “failure to pay credit event”, according to a Credit Derivatives Determinations Committee comprised of banks and asset managers. read more

The ruling means a default has happened for the purposes of debt insurance, putting holders of so-called credit default swaps (CDS) in line for payouts.

Russia is already locked out of global markets and in any case, it does not need to borrow. But aside from reputational damage, a default has consequences. read more

Secondly, should relations between Russia and the West shift in the future, allowing Moscow back into the fold, it could face a long and costly process to restructure defaulted debt.

And finally, a sovereign default usually increases borrowing costs for years to come.