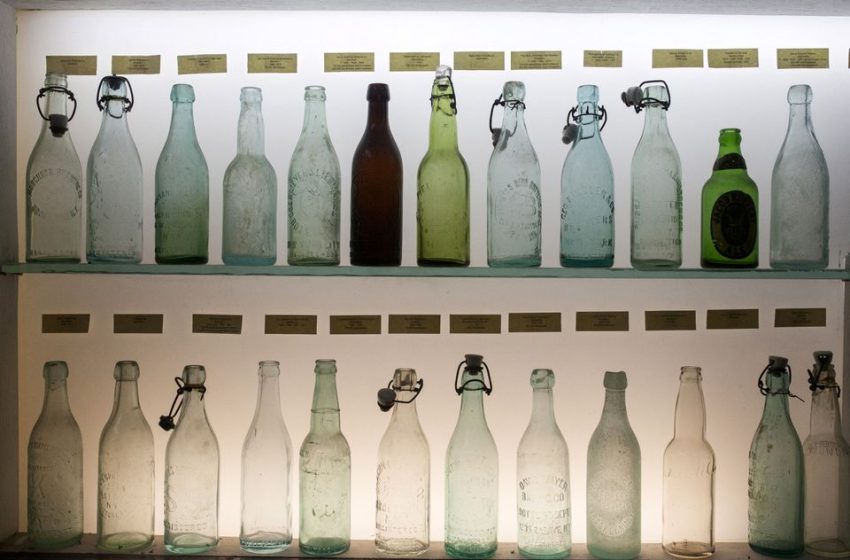 Vintage beer bottles, some dating back to the 1800's are displayed in a showcase at the Brooklyn Brewery in the Brooklyn borough of New York, United States, March 9, 2015. REUTERS/Sara Hylton/File Photo

WASHINGTON, Feb 9 (Reuters) – The U.S. Treasury Department on Wednesday flagged concerns about consolidation in the $250 billion annual U.S. alcohol market and outlined reforms it said could boost competition and save consumers hundreds of millions of dollars each year.

New merger and acquisition scrutiny, different tax rates and lifting regulatory burdens to new entrants in the wine, beer and spirits market would make the market fairer for new brewers and cheaper for consumers, according to 63-page Treasury report.

The long-awaited report, due to be released later Wednesday, is part of a July executive order on competitiveness and the latest push by the Biden administration to fight what it calls excess consolidation in industries from meatpacking to shipping.

The Treasury received over 800 public comments on the issue, then suggested stiffer Department of Justice and Federal Trade Commission oversight and new rule-making in the report, which was viewed by Reuters.

The U.S. market for beer, wine and spirits has spawned thousands of new breweries, wineries and distilleries over the past decade.

But a web of complicated state and federal regulations, some dating back to the end of Prohibition in 1933, coupled with “exclusionary behavior” by massive producers, distributors and retailers means small entrants can struggle to compete and flourish, U.S. officials said.

“We’re determined to protect what has been a successful, vibrant industry with a lot of small businesses entering it,” while tackling issues that “lead to excessive prices for consumers,” said one senior U.S. official.

So-called “post and hold” laws, which restrict price competition, mean beer consumers alone pay $487 million a year than they should, and can drive up the cost of a bottle of wine by up to 18% and a bottle of spirits by over 30% the report said, citing studies.

The DOJ and FTC, who share the work of antitrust enforcement, should take a closer look at proposed acquisitions of smaller players by bigger ones, given past claims that such deals would lower prices had failed to materialize, Treasury said.

The report also called for the Treasury Department’s Alcohol and Tobacco Tax and Trade Bureau (TTB) to change labeling rules to protect public health and to limit the impact of lobbying. As of 2017, alcohol companies reported 303 lobbyists in Washington.

U.S. states – which control the bulk of oversight – should examine the anticompetitive impact of regulations and franchise rules on small producers, Treasury said.