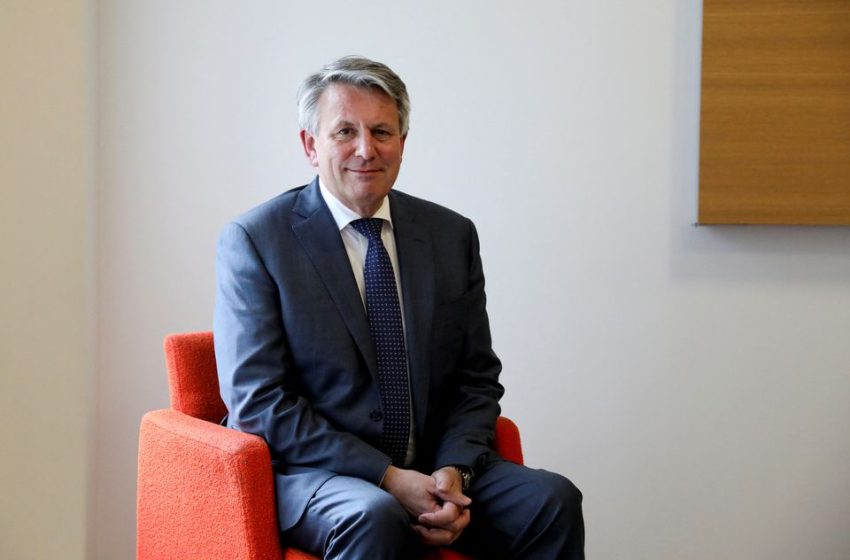 LONDON, Sept 2 (Reuters) – Shell (SHEL.L) has shortlisted four candidates to succeed Chief Executive Ben van Beurden who is preparing to step down next year after nearly a decade at the helm of the giant energy firm, two company sources told Reuters.

During his tenure van Beurden oversaw Shell’s biggest acquisition in decades and steered the company through two major downturns and a pivotal move to slash greenhouse emissions – a task which will only grow in importance for his successor.

Shell’s board succession committee, headed by Chairman Andrew Mackenzie, has met several times in recent months to draw up plans for van Beurden’s departure and interview potential successors to the 64-year-old Dutchman, the sources said.

The successor shortlist has been narrowed down to Wael Sawan, Shell’s head of integrated gas and renewables and Huibert Vigeveno, who heads the company’s refining operations of downstream.

Sawan, a Canadian national who previously headed Shell’s oil and gas production business and today oversees Shell’s growth into low carbon energies as well as its giant gas business, is seen as the front-runner to succeed van Beurden but no decision has been made, one source said.

The succession plans were accelerated after Mackenzie took office as chairman in May last year.

The Dutchman, who joined Shell in 1983 and became CEO in January 2014, has yet to decide on an exact departure date but is expected to leave next year, the sources said.

Van Beurden has focused in recent months on Shell’s historic headquarters relocation from The Hague to London at the start of 2022 as well as the energy crisis that has gripped the world in the wake of Russia’s invasion of Ukraine in February.

He took the top job after heading Shell’s refining and chemicals business, known as downstream, with a mandate to cut costs and boost profits after a decade of sharp spending expansion amid soaring energy prices.

The need for the cost-cutting drive became acute after the collapse in oil prices later that year amid a surge in U.S. shale production.

Van Beurden seized on the downturn to acquire rival BG Group for $53 billion in 2016, catapulting Shell into a major gas producer and the world’s top liquefied natural gas (LNG) trader.

While integrating the acquisition and reshaping the company and in the wake of a landmark 2015 Paris climate agreement, van Beurden also faced growing investor pressure to come up with a strategy to slash the company’s carbon emissions and shift to renewables.

It currently has one of the sector’s most ambitious targets, aiming to reduce emissions to net zero by 2050 with several short- and medium-term targets as well as plans to increase spending on renewables to around a quarter of its total spending by 2025.

But any successor is like to only feel more pressure to accelerate the company’s energy transition and emissions reduction targets.

In the wake of the coronavirus pandemic and the collapse in energy demand in early 2020, van Beurden and his board decided to cut Shell’s dividend, the world’s largest at the time at around $15 billion, for the first time since World War Two.