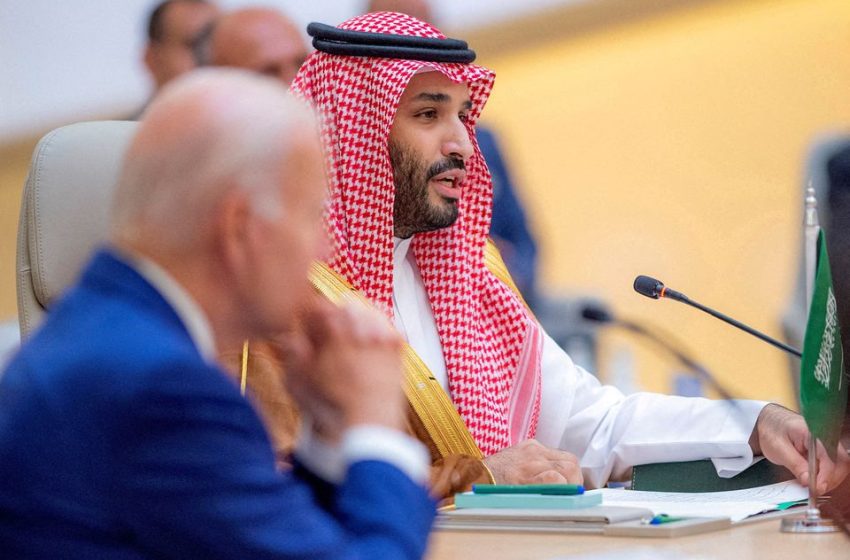 LONDON/DUBAI, Aug 4 (Reuters) – OPEC leaders Saudi Arabia and the United Arab Emirates stand ready to deliver a “significant increase” in oil output should the world face a severe supply crisis this winter, sources familiar with the thinking of the top Gulf exporters said.

When the Organization of the Petroleum Exporting Countries and its allies (OPEC+) decided on Wednesday to raise oil output by a mere 100,000 barrels per day (bpd), it broke a taboo with a rare reference to the group’s spare production capacity.

The statement referred to “the severely limited availability” of spare capacity, saying that meant it needed to kept it in reserve for “severe supply disruptions”.

At first glance, that reads as an acknowledgement that OPEC’s leader Saudi Arabia has almost no room to raise output, as mentioned by French President Emmanuel Macron in a conversation with U.S. President Joe Biden last month.

Three sources, speaking on condition of anonymity because of the sensitivity of the issue, said Saudi Arabia and the UAE could pump “significantly more”, but would only do so if the supply crisis worsened.

“With possibly no gas in Europe this winter, with a potential price cap on Russian oil sales in the New Year, we can’t be throwing every barrel on the market at the moment,” one of the sources said.

The sources did not quantify any increase, but said Saudi Arabia, the UAE and some other OPEC members possessed around 2.0-2.7 million bpd of spare production capacity.

“The only time we can prove we have more spare capacity is when it comes to a long-lasting crisis,” the source said, adding that would be when OPEC members would raise output.

That could be as soon as this winter, the sources said, as the political and economic standoff between Russia, a member of OPEC+, and the West over Moscow’s invasion of Ukraine show no sign of easing.

International oil prices have however fallen since the March peaks and dropped again on Wednesday after U.S. data indicated weak fuel demand – in part as high prices have limited consumption.

Analysts said OPEC+ saw no logic in adding oil to a falling market.

“With spare capacity below 2 mbpd (million barrels per day) in August, we believe OPEC+ preferred to keep their powder dry and use their buffer to address potential future disruptions,” PVM’s Tamas Varga said in a note.

“There are growing fears of demand destruction and if the current trend continues, additional barrels would put unwanted downside pressure on prices and, at the same time, would unnecessarily deplete thinning spare capacity.”

After Biden visited Saudi Arabia in July to press for extra oil to cool international markets, analysts had speculated OPEC+ would increase supply.

The Saudi trip was scheduled only after OPEC+ announced in early June that it would increase output in July and August. Wednesday’s meeting discussed output for September.

Most OPEC+ members have struggled to meet production targets having already exhausted their output potential following years of under-investment in new capacity.

In that context, Wednesday’s decision to increase production targets by 100,000 bpd, one of the smallest increases since OPEC quotas were introduced in 1982, was a goodwill gesture, one of the sources said.

“It is small, yes, but it shows that OPEC+, given the fact that it includes so many countries, like Russia, Iran, Venezuela with all their grievances, managed to garner consensus and move forward,” the source said.