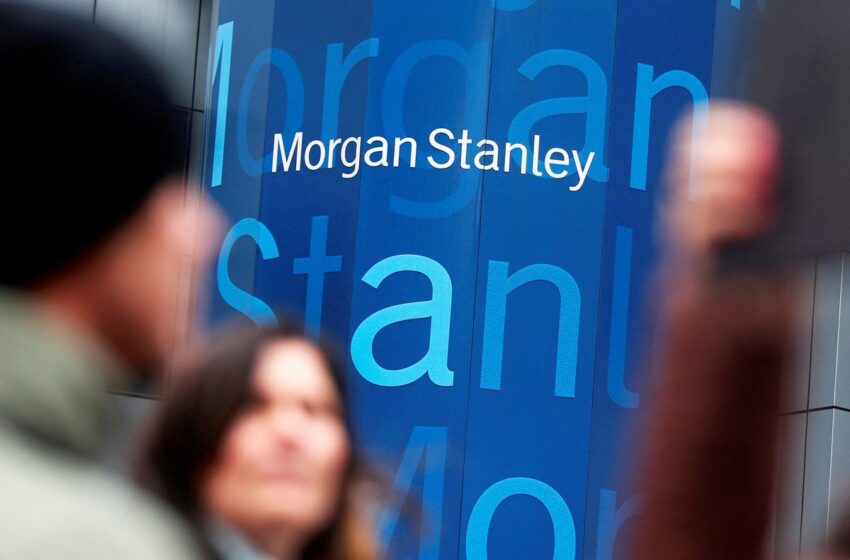 Exclusive: Morgan Stanley to slash 2022 banker bonuses in Asia by up to half

SYDNEY/HONG KONG, Dec 12 (Reuters) – Morgan Stanley plans to slash investment bankers’ annual bonuses by as much as 50% in Asia, said two people with direct knowledge of the matter, as the Wall Street firm reins in costs to tackle tough market conditions that have hit its revenue.

The scale of the cuts in Asia could be replicated in Morgan Stanley’s U.S. and European operations, and would be in contrast with 2021 when its top bankers earned up to 20% more in bonuses globally, said the sources.

A third person with knowledge of the matter said the bonus cuts in Asia for the bank are expected to be around 30% on average for all its investment banking teams and markets.

The reduced payouts could lead to its bankers’ overall compensation in Asia dropping by an average of 30%, said the first two sources.

While cuts to bankers’ 2022 bonuses have been well anticipated, this is the first time the likely extent of the reductions at the U.S. bank are being detailed.

Bonuses form a significant part of total compensation for bankers, and are usually linked with performances of business units and individuals.

Morgan Stanley, which does not disclose details of bonus payouts, declined to comment. The sources did not want to be identified as the information is confidential.

Many banks globally are pausing dealmaking activities due to higher interest rates and weak economic prospects, with the U.S. economy heading into a short and shallow recession over the coming year.

That has put pressure on earnings of investment banks after they made record profits last year from advising on mergers, acquisitions and initial public offerings as the world emerged from COVID-19-induced restrictions.

Goldman Sachs Group’s bonus pool for senior employees is expected to shrink by as much as half, news platform Semafor reported on Thursday, citing people familiar with the matter.

Citigroup Inc and Bank of America Corp are also considering cutting bonus pools by as much as 30%, Bloomberg Law reported earlier this month, citing people with knowledge of the internal deliberations.

Wall Street investment bankers can expect much smaller bonuses this year as the economy slows, according to projections published last month by Johnson Associates Inc, a compensation consultant in New York.

Compensation and performance discussions at Wall Street banks typically begin in December, with overall bonus pools finalised by the year-end.

In Asia, the biggest declines in Morgan Stanley’s bonuses will be felt in areas including the capital markets businesses which are more exposed to global financial market volatility.

So far the bank has cut about 2% of its workforce, which affected about 1,600 positions, Reuters reported last week.

In Asia about 50 investment banking jobs have been axed this year, said the first two sources. Over 90% of those cuts were made in Morgan Stanley’s China teams based both onshore and offshore, one of them added.

China’s strict COVID-19 restrictions and tightened regulatory scrutiny on Chinese companies in the United States have taken a toll on Asian capital markets and mergers and acquisitions activity.

MSCI’s key Asia-Pacific ex-Japan index has lost about 18% this year. And Hong Kong IPOs, a key source of revenue for foreign banks in the region, are at the lowest point in 2022 in a decade, according to Refinitiv data.

Reporting by Scott Murdoch in Sydney and Kane Wu in Hong Kong; Editing by Sumeet Chatterjee and Muralikumar Anantharaman