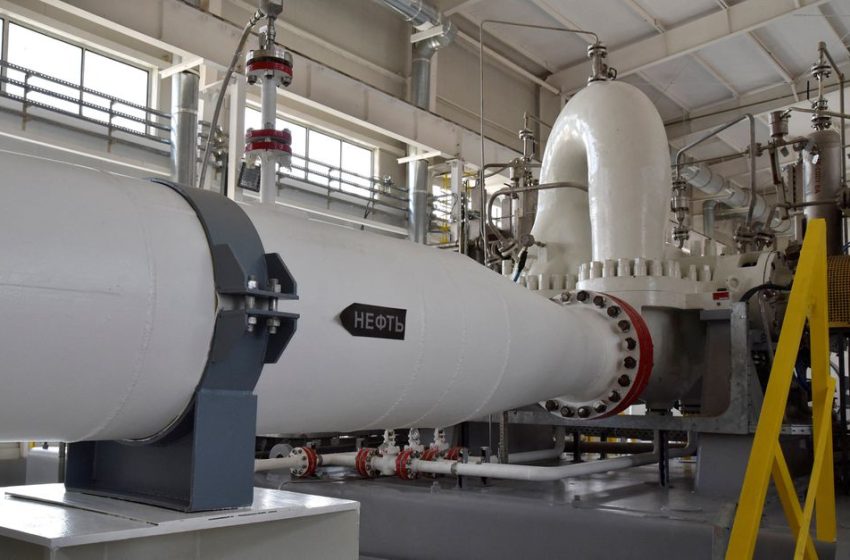 MOSCOW/LONDON, Aug 12 (Reuters) – Kazakhstan is expected to sell some of its crude oil through Azerbaijan’s biggest oil pipeline from September, as the nation seeks alternatives to a route Russia threatened to shut, three sources familiar with the matter said.

For 20 years, they have been shipped through the CPC pipeline to Russia’s Black Sea port of Novorossiisk, which provides access to the global market.

In July a Russian court threatened to shut the CPC, prompting the Kazakh government and major foreign producers to set up contracts for other outlets as a precaution.

None of the alternatives are as practical as the CPC pipeline, raising the risk of further volatility on energy markets.

Shortly after Russia invaded Ukraine in February, international crude prices hit 14-year-highs and prices have stayed high, sustaining an average above $100 a barrel in July.

A source with direct knowledge of the matter said Kazakhstan’s state oil firm Kazmunaigaz (KMG) was in advanced discussions with the trading arm of Azerbaijan’s state firm SOCAR to allow 1.5 million tonnes per year of Kazakh crude to be sold through the Azeri pipeline that delivers oil to Turkey’s Mediterranean port of Ceyhan.

At just over 30,000 bpd, the volume is a trickle compared to the usual 1.3-1.4 million bpd that flows through the CPC pipeline.

The final contract is due to be signed at the end of August with flows through the Baku-Tbilisi-Ceyhan (BTC) pipeline starting up a month later, the source said.

Another 3.5 million tonnes per year of Kazakh crude could start flowing in 2023 through another Azeri pipeline to Georgia’s Black Sea port of Supsa, two sources said.

Relying on Azerbaijan would allow Kazakhstan to side-step Russian territory. Last month, BP Azerbaijan said it would redirect flows away from the Baku-Supsa pipeline to the larger BTC pipe. read more

However, the new BTC route means Kazakhstan will have to rely on a fleet of small tankers to take its oil across the Caspian Sea to Baku from its port at Aktau that has limited spare capcity, the sources said.

Tengizchevroil (TCO), a joint venture led by oil major Chevron, has its own marketing arm and is separately negotiating its own routes by pipeline and rail, two of the sources said.

The BTC pipeline could be an option for TCO too, but a source said if agreed, it could take up to six months for flows to start. TCO declined to comment.

Quality is another factor impeding a quick agreement. Kazakhstan’s main grade CPC Blend is a light, sour crude sold at a significant discount to Azerbaijan’s flagship BTC grade that is an easier-to-refine medium, sweet grade.

TCO already began re-routing a small volume of oil by rail to Georgia’s port of Batumi in April when storm damage made part of the CPC terminal unusable.

Two of the sources said TCO was booking more rail volumes and they could increase in September or October.

Kazakhstan separately exports up to 1 million tonnes, or 250,000 bpd, of Urals via Russia’s pipeline system to the Black Sea and to Baltic sea ports.

Reporting by Reuters reporters and Julia Payne in London; additional reporting by Nailia Bagirova in Baku; editing by Barbara Lewis