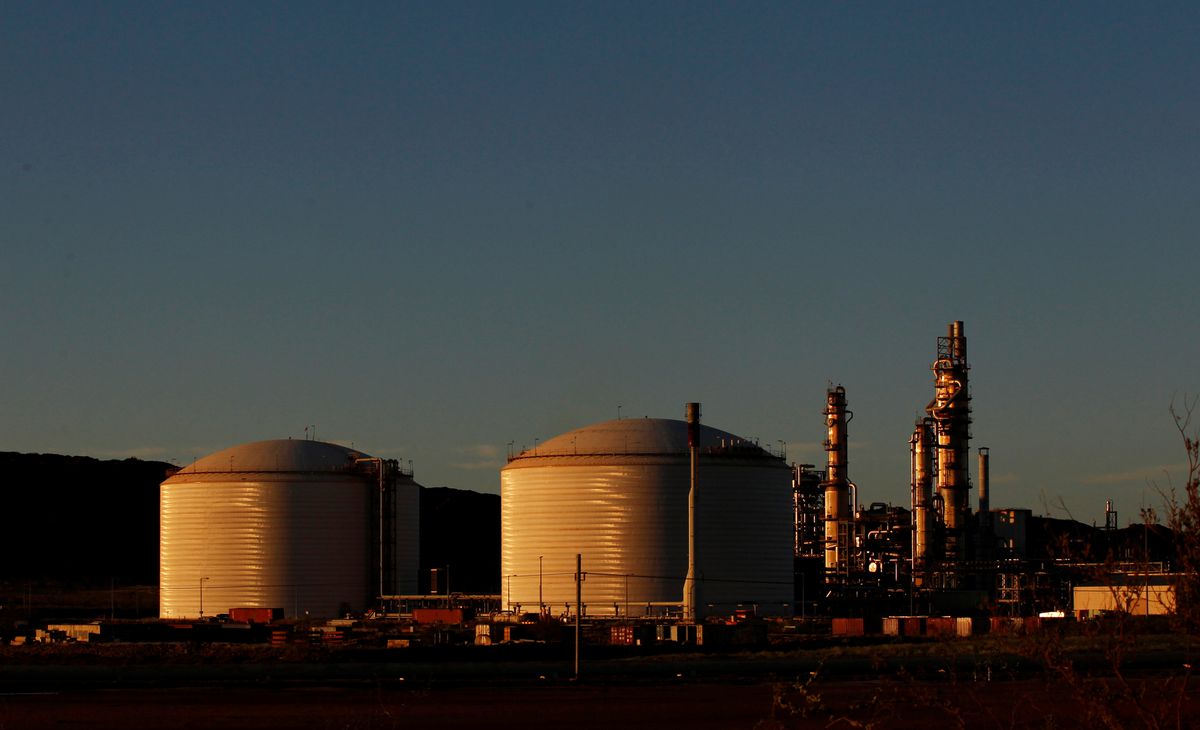 The Woodside gas plant is seen at sunset in Burrup at the Pilbara region in Western Australia April 18, 2011. REUTERS/Daniel Munoz/File Photo

MELBOURNE, Nov 23 (Reuters) – A Western Australian Indigenous group is in talks with Woodside Petroleum (WPL.AX) over obtaining a stake in its $12 billion Scarborough and Pluto LNG expansion to help secure the future of the local traditional owners, a senior Indigenous official told Reuters.

Woodside gave the final go-ahead on Monday for the biggest new gas project in Australia in a decade, alarming conservationists worried about the impact the project might have on one of the world’s largest collections of ancient rock art on adjacent Indigenous land.

The Murujuga Aboriginal Corp (MAC) and its traditional owners have long worked with Woodside, as its Pluto LNG plant is on Murujuga country on the Burrup Peninsula.

MAC and other traditional owners do not receive royalties from businesses in the Burrup as rights to part of their land were acquired in 2002 to create an industrial development area, leaving MAC instead with the title to Murujuga National Park next to the industrial land.

“Yes, we are proposing this,” he said in response to a written question on whether MAC was in discussions to acquire a stake in the Scarborough and/or the Pluto LNG project.

“This is an integral element for development on (Murujuga) country as it helps us find ways to work together, to keep us involved, and to help create long term sustainability and stability for our members and future generations,” Jeffries said. “We want to be strategically vested in any project on country.”

MAC did not disclose the size or value of the stake sought, or any further details.

Woodside Chief Executive Meg O’Neill said the company is in talks with MAC and two other traditional owner groups, but declined to say what was being discussed.

“I’m not going to talk about any specific conversations that we’re having with any TO (traditional owner) group,” O’Neill told Reuters. “Suffice it to say that we’ve got very active engagements with all three of those groups.”

Woodside’s huge new project will be built just as UNESCO considers a World Heritage listing for the Murujuga cultural landscape, which holds more than a million rock carvings, some more than 40,000 years old.

Green groups are concerned about LNG plant emissions accelerating the degradation of the ancient rock art and are campaigning either to stop the project or press regulators to tighten emissions curbs on the plant.

The state is running a rock art monitoring programme with results due in 2024.

“In our mind the risk of accelerated aging is very low,” O’Neill said.

Jeffries said MAC is in talks with both industry and the government to ensure conditions are in place to limit emissions and protect Murujuga country. It will await the results of the state’s monitoring programme to determine the impact of emissions on rock art and how to respond.

“We hold all proponents to a high standard to ensure that their developments consider any potential impact to cultural heritage,” he said.

In research available online and due to be published in 2022, a team led by Ben Smith at the University of Western Australia found that evidence suggests that the rock art has already been corroded by industrial pollution.