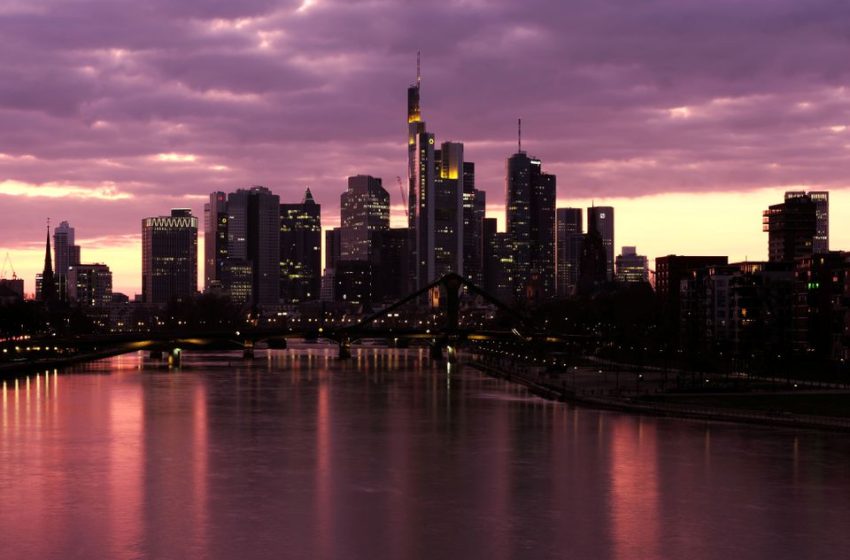 The skyline is pictured at the end of the first day under a partial lock down of the city by authorities due to the spread of the coronavirus disease (COVID-19) in Frankfurt, Germany, March 18, 2020. REUTERS/Kai Pfaffenbach

BERLIN, April 25 (Reuters) – The German government is set to hike its inflation forecast for this year to 6.1% due to the impact of the war in Ukraine, up from 3.3% it had forecast in January, according to government document seen by Reuters on Monday.

Berlin, which is due to present its spring economic forecasts on Wednesday, sees consumer price growth easing to 2.8% in 2023, the document showed.

April inflation data is due to be published on Thursday.

The German government’s spring forecasts see consumer spending jumping by 9.7% this year, 0.6 percentage points more than forecast in January, the document showed. In 2023, consumer spending will grow more slowly at a rate of 4.8%.

A survey showed last week that one in 10 consumers in Germany were dipping into their savings to shoulder rising costs. Especially younger consumers aged 25 to 34 were more likely to say they were saving less or had taken out loans to help pay their bills.

The sharp rise in energy prices is also hitting companies. An Ifo survey published on Monday showed that nearly half of German companies planned to reduce investments due to rising energy costs. read more

German business morale unexpectedly rose slightly in April, following a big drop in March, as companies were less pessimistic after the economy appeared resilient following the initial shock of the war in Ukraine. read more

However, the government’s spring forecasts show that the unemployment rate is expected to decline to 5.0% this year from 5.7% in 2021 and to remain stable next year.

The government is also set to cut on Wednesday its growth expectations for Europe’s biggest economy for 2022 to 2.2% from 3.6%, a source had told Reuters on Friday. Berlin sees growth picking up slightly to 2.5% in 2023, the source had said. read more