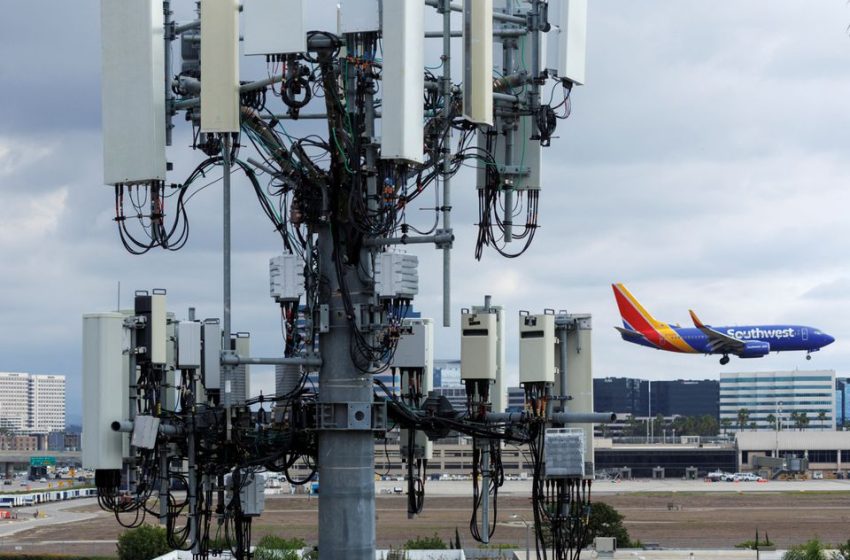 WASHINGTON, June 15 (Reuters) – The U.S. Federal Aviation Administration (FAA) on Wednesday urged the chief executives of major U.S. airlines to move quickly to address risks from a 5G wireless rollout, in a bid to avoid potential disruptions at key airports from next month.

Acting FAA Administrator Billy Nolen said in a letter reviewed by Reuters that AT&T (T.N) and Verizon (VZ.N) want to boost C-Band 5G services around some airports starting in July after previously delaying their rollout.

Concerns that the 5G service could interfere with airplane altimeters, which give data on a plane’s height above the ground and are crucial for bad-weather landing, led to disruptions at some U.S. airports earlier this year.

Nolen urged airlines to urgently press ahead with retrofitting radio altimeters, saying “there are no guarantees that all large markets will retain the current (safeguards).”

He warned that as wireless carriers boost signals some “less capable aircraft” may be unable to access certain airports without altimeter retrofits.

Airlines CEOs on Jan. 17 had warned of an impending “catastrophic” aviation crisis that could have grounded almost all traffic because of the 5G deployment.

Under White House pressure, AT&T and Verizon days later in January agreed to delay through July 5 switching on some wireless towers and depowering others near airports just hours before the planned Jan. 19 deployment.

In recent months, the FAA has been urging airlines to complete retrofits of some airplane radio altimeters that could face interference from C-Band 5G wireless service by the end of 2022.

The FAA said it is in the early stages of working with AT&T and Verizon “to identify markets where either a new tower or an increase in signal power will cause the least disruption.”

Nolen said in three recent rounds of talks, industry officials identified a pathway to retrofit the first two groups of aircraft with the most vulnerable radio altimeters by the end of 2022. Another round of talks are set for Friday.

“We are working toward an equally aggressive schedule that would necessitate the completion of retrofits for the third and largest group in 2023,” Nolen said.

He added that “as the situation stands, Verizon and AT&T plan to pursue a full rollout of their networks by the end of 2023.”

Another 19 companies “are expected to enter the market during that timeframe, hopefully employing some level of the voluntary mitigations that have enabled our progress so far,” he added.

Verizon said it was working with the FAA, Federal Communications Commission (FCC) and aviation industry, and was confident it would achieve “robust deployment of C-Band without significant disruptions to the traveling public.”

Airlines for America, an industry trade group representing American Airlines (AAL.O), Delta Air Lines (DAL.N), United Airlines (UAL.O) and others, said the industry recognized the need “to implement a permanent solution, while continuing to ensure the highest level of safety.”

Some airlines have raised concerns about paying to retrofit altimeters only to face paying for a replacement in a few years.

Nolen said “without additional action by the FCC to cap transmissions at currently attainable power levels, the prospect of additional disruption remains and we are not in any position to offer assurances.”