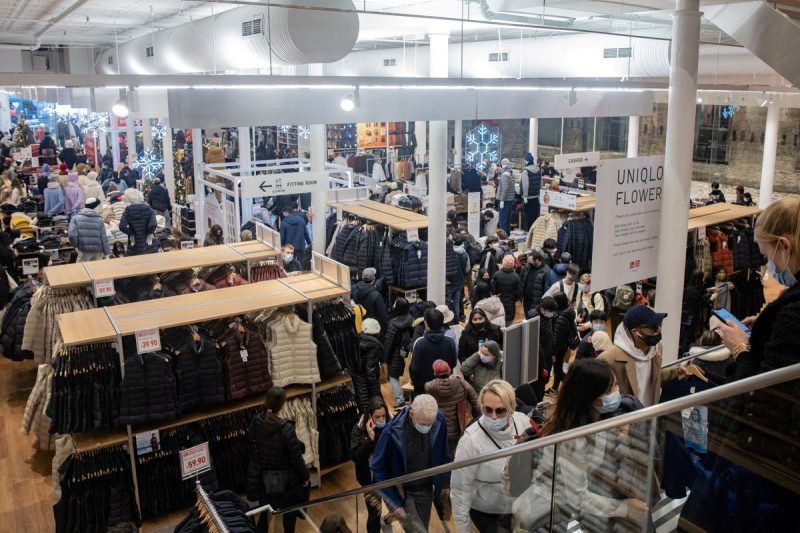 Dec 28 (Reuters) – American shoppers flocked to brick-and-mortar stores this holiday season, with especially strong sales in several states where the rate of full vaccinations against the COVID-19 virus is less than 60%, according to an analysis of Mastercard SpendingPulse holiday sales data.

About halfway through the more than $800 billion U.S. holiday shopping period, the highly contagious Omicron coronavirus variant began spreading rapidly. Despite some concerns, many U.S. holiday shoppers visited stores from the start of November, through Black Friday and the Saturday before Christmas.

Arkansas, Kentucky and West Virginia, all of which are less than 55% fully-vaccinated against the COVID-19 virus, were among the states with the highest sales growth between Nov. 1 and Dec. 24 versus last year, according to the Mastercard data provided exclusively to Reuters.

In each of these states, in-store holiday sales rose by more than 10%. Overall, in-store sales rose 8.1%, according to Mastercard.

Consumers went out shopping because they already had low concerns about getting infected and saw little risk in doing so, said David Marcotte, a senior vice president at retail consultancy firm Kantar.

“I don’t think it was to make a statement or because they lack e-commerce access. I live in Arizona – the relationship between mask-wearing, vaccination and perception of risk does impact shopping,” he said.

In Idaho – the least-vaccinated U.S. state according to the Centers for Disease Control and Prevention – brick-and-mortar sales rose between 6% and 8%.

“Those states tend to have more libertarian leanings and have been less careful about being out and about,” Forrester research analyst Sucharita Kodali said.

In-store sales growth was more moderate in parts of the East Coast, where vaccine rates are among the highest in the country. In New York, where about 72% of people are fully vaccinated, store sales grew between 5-6% during the holidays. New York has been especially hard-hit by Omicron.

In Illinois, where only about 64% of people are fully vaccinated, brick-and-mortar sales rose between 9-10%, the Mastercard data showed.

“Because of all the shipping delays, people were worried about the risk of something not being available so they went out to have it in hand,” said Chicago toy store owner Katherine Nguyen, who saw higher store traffic than usual this holiday season.

“I have never seen traffic and revenue like this in 25 years. Never seen this increase,” Nguyen said, adding that even though Omicron is keeping two of her employees at home, it has not hurt consumer foot traffic.

To be sure, there were some highly vaccinated states, including Minnesota and New Mexico, where store sales also increased by more than 10%.