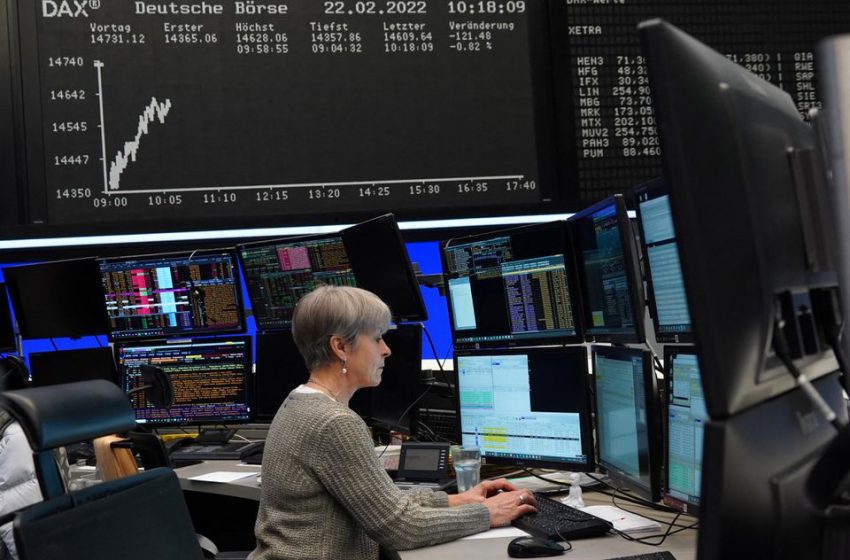 LONDON, Nov 1 (Reuters) – European stocks rose in early trading on Tuesday, supported by speculation among investors that central banks could come to the end of their rate-hiking cycles.

Asian shares strengthened, following mild losses on Wall Street on Monday, as investor focus shifted to the U.S. Federal Reserve’s rate decision on Wednesday and the Bank of England meeting on Thursday.

At 0755 GMT, the MSCI world equity index, which tracks shares in 47 countries, was up 0.6% on the day, holding close to last week’s high.

Norman Villamin, chief investment officer of Wealth Management at UBP, said the rise in European stocks could be due to “effectively dovish” guidance from the European Central Bank last week.

“While that’s positive I would caution people. To us that just means that the recession is a little less deep than it may otherwise have been, but we do think that a recession is coming in Europe,” he said.

ECB President Christine Lagarde said in an interview on Tuesday that the central bank must keep raising interest rates to fight off inflation, even if the probability of a euro zone recession has increased.

Data on Monday showed that euro zone inflation surged by more than expected in October, hitting 10.7%.

The Fed is expected to raise interest rates by 75 basis points on Wednesday, but investors will look for any signals the Fed may be considering a deceleration in interest rate hikes in the future.

Villamin said that central banks are caught in a “tug of war” between the slowing economy and high inflation.

“In the U.S., because the economy is still doing pretty well, there’s not very many shocks, we think ongoing rate hikes make a lot of sense in the first half of next year,” he said.

Euro zone government bond yields fell. The German 10-year yield was down 8 basis points on the day at 2.08% .

The Australian dollar was up 0.5% at $0.6426 . The Reserve Bank of Australia raised rates by 25 bps for a second month running, but revised up its inflation outlook and said more rate hikes would be needed.

The Japanese yen was a touch stronger versus the dollar, with the pair at 147.685 .

China’s yuan hit a near 15-year low against the dollar, after the central bank fixed the official guidance rate at its lowest level since the global financial crisis of 2008.

Oil prices rose by more than 1%, paring losses from the previous session, helped by the weaker dollar.