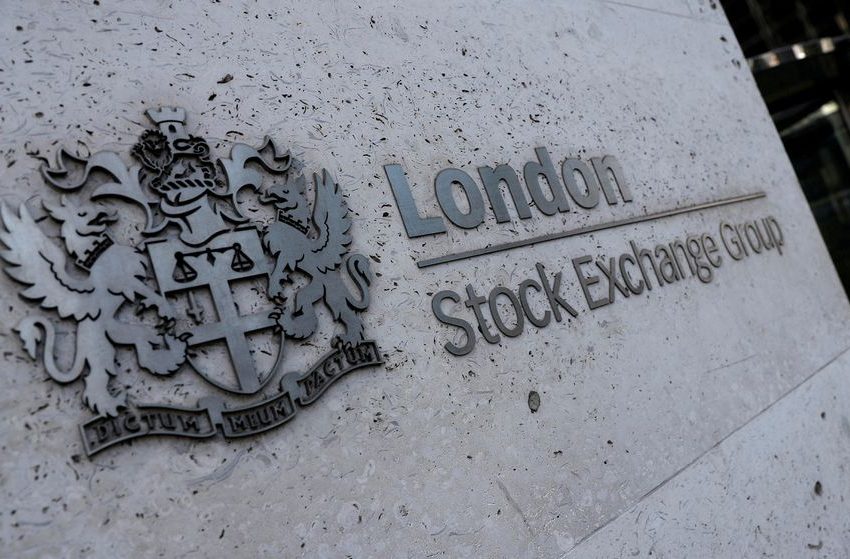 Signage is seen outside the entrance of the London Stock Exchange in London, Britain. Aug 23, 2018. REUTERS/Peter Nicholls

Still, analysts expect the bounceback to be short-lived. Timothy Graf, head of macro strategy for EMEA at State Street Global Markets, said the move higher was likely a result of markets being oversold in recent weeks and relief that event risks, such as the Bank of Japan and Swiss National Bank meetings, have passed.

“I think it’s a pause in what is still a trend where you have this rising probability of slowing growth, high inflation – stagflation potentially – outcome,” he said.

“Equity markets and the earnings prospects for corporates I don’t think have really taken that on board.”

Earlier in the session, the Reserve Bank of Australia’s governor Philip Lowe signalled more rate hike increases and said that inflation was expected to reach 7% by the end of the year. read more

Germany’s BDI industry association slashed its economic forecast for 2022 and said that a halt in Russian gas deliveries would make recession in Germany inevitable. read more

European bond yields rose, with the benchmark 10-year German yield up 8 basis points on the day at 1.736% .

The Japanese yen, which has fallen sharply in recent months, was steady at around $135.19 .

Japan’s Prime Minister said that the central bank should maintain its current ultra-loose monetary policy. This makes it an outlier among other major central banks. read more

Gold was little changed at around $1,838 an ounce.

Bitcoin was at around $21,000, having stabilised slightly since it plunged to as low as $17,592.78 at the weekend . Cryptocurrencies have increasingly become a metric of risk appetite, State Street’s Graf said.