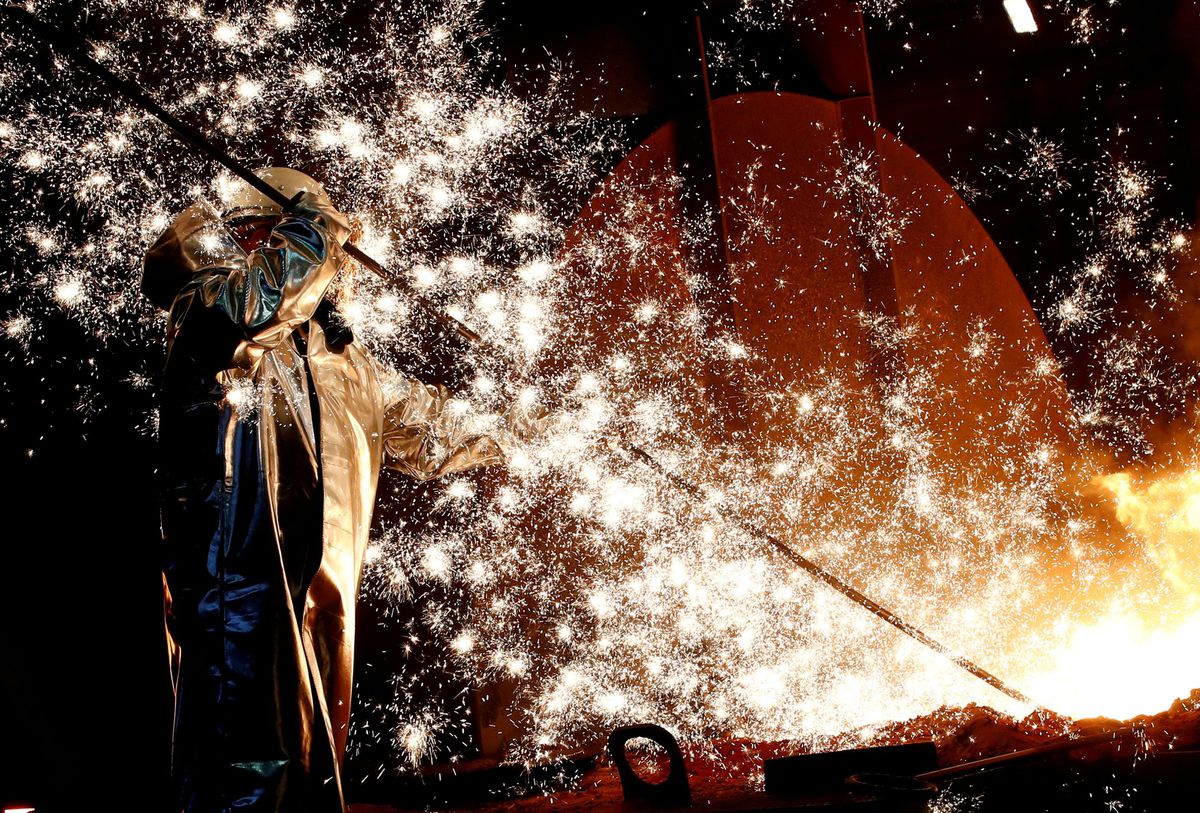 The easing of restrictions imposed to stop the coronavirus from spreading has driven demand but many firms have reported logistical troubles, product shortages and a labour crunch.

An index measuring output, which feeds into a composite PMI due on Friday and seen as a good guide to economic health, fell from July’s 61.1 to 59.0. Anything above 50 indicates growth.

“The overriding issue was again a lack of components, however, with suppliers either unable to produce enough parts or facing a lack of shipping capacity to meet logistics demand.”

An ongoing shortage of materials and a lack of transport availability meant sellers of the goods factories need were again able to ramp up their charges. The input prices index thus remained high at 87.0, although shy of July’s record 89.2.

As a result, factories again sharply increased the prices they charge.

The ECB wants inflation at 2% but prices in the 19 countries sharing the euro rose 3.0% in August, fuelled by unusually large increases in the prices of industrial goods.

Despite those price rises, demand remained resilient and factories built up a backlog of work even though they increased headcount and depleted their stocks of finished goods.Reporting by Jonathan Cable; Editing by Catherine Evans