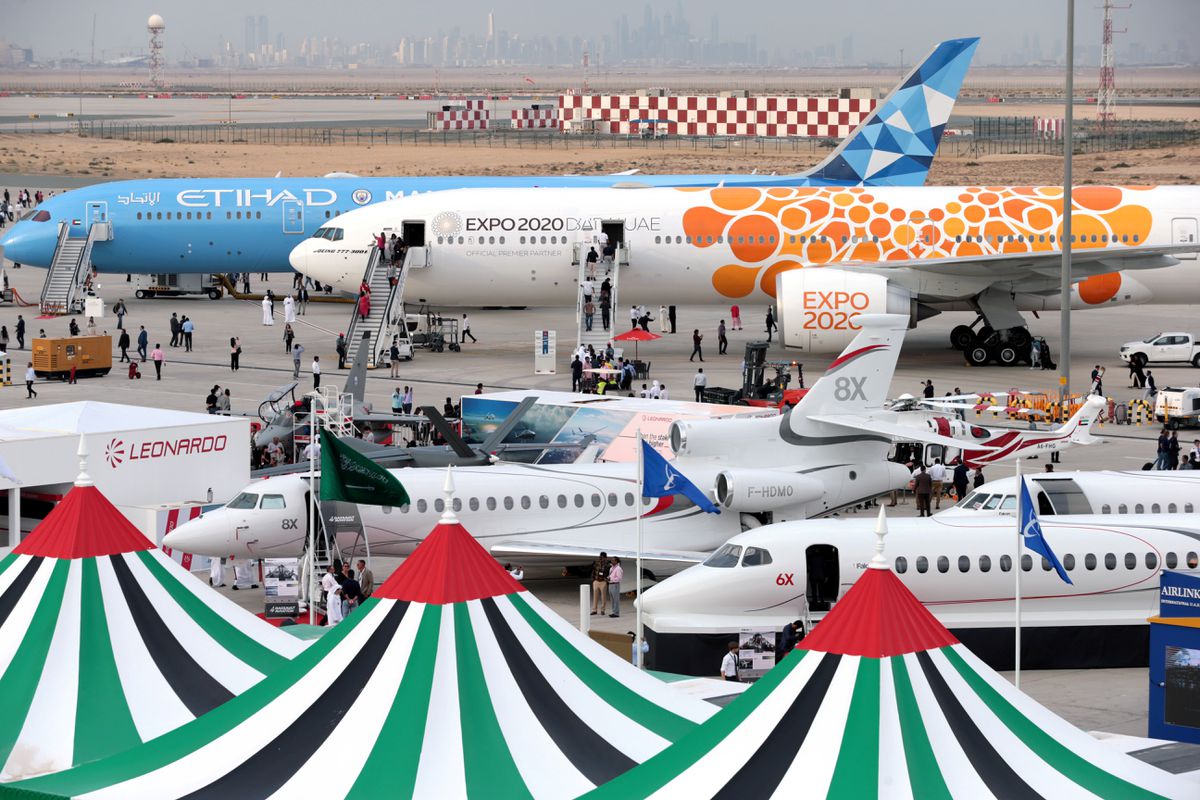 DUBAI, June 21 (Reuters) – The Dubai Airshow, this year’s biggest aerospace trade show and a spectacle for business deals worth billions of dollars, will be held under capacity restrictions in November due to the coronavirus pandemic, its organiser said.

Even though few deals are expected as the industry seeks to preserve cash, the show is seen as a psychological boost for airlines and planemakers to reset an industry battered by the health crisis.

It will also take the temperature of regional conflicts and tensions between the United States and Iran.

The Dubai Airshow, scheduled for Nov. 14-18, will be the largest aerospace trade event to be held since the pandemic forced the cancellation of European shows Farnborough and Le Bourget in 2020 and 2021, respectively.

It is a magnet for tens of thousands of visitors including planemakers, their suppliers, airlines, arms firms and military officials from around the world. Over the years it became a key industry summit as state carriers like host Emirates reshaped international travel through their Gulf hubs.

Timothy Hawes, managing director of organiser Tarsus F&E, said the number of exhibitors who had signed up for this year’s show was so far the same as when it was last held in 2019.

“We are confident as we stand at the moment that the interest is there,” Hawes told Reuters in an online interview.

Exhibition stands are to be spread further apart from each other this year than in previous shows to maintain distancing between attendees, Hawes said.

Stands and the show as a whole will also have limits on how many visitors can be in attendance at any single moment, he said. However, those limits fall within previous attendance levels.

Wearing of masks is expected to be compulsory.

“We are very much ready to showcase and bring people together again. It’s been a long time of people (not) meeting face-to-face,” Hawes said.

A decision had yet to be made on whether attendance would be limited to those vaccinated against the novel coronavirus or those who had recently tested negative for CVOID-19, he said.

“We expect that as it stands there is an opportunity to run a show without it looking too different to previous years.”

The show will also feature Israeli companies after the UAE and Israel last year established ties which has since led to a number of business deals including in the aerospace sector.

The UAE, with a population of about 9 million people, has one of the world’s highest rates of COVID-19 vaccinations. It is currently reporting around 2,000 new infections each day, down from a peak of almost 4,000 in February.Reporting by Alexander Cornwell; Editing by Emelia Sithole-Matarise