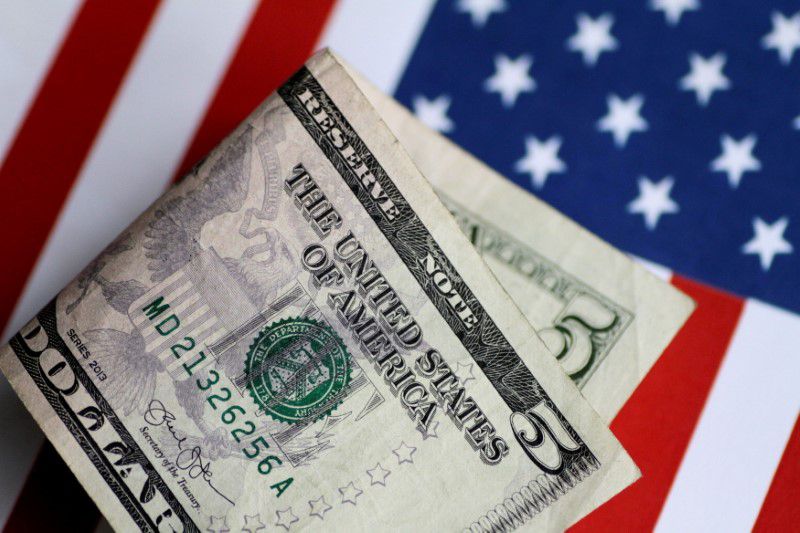 The prospect of the Fed’s reduced bond-buying pushed down U.S. bond prices, lifting their yields and hitting other safe-haven assets that had benefited from low returns from U.S. paper, such as the Swiss franc and gold.

The Swiss franc has lost about 1.6% over the last two sessions against the dollar to trade at 0.9208 franc .

The franc weakened even against the singale currency to 1.08045 per euro , reversing its rise earlier this month to a nine-month high of 1.0720.

“The market is repricing the Fed’s tapering. It has only begun and I expect market adjustment to continue. The market will likely test the euro’s low so far this year (of $1.1704 marked on March 31),” said Jun Arachi, senior strategist at Rakuten Securities.

The dollar’s broad rally came as U.S. Treasury yields spiked to three-week highs as surprising strong job openings on top of better-than-expected employment gains in July added to the narrative of an improving labour market.

Job openings, a measure of labour demand, shot up by 590,000 to a record-high 10.1 million on the last day of June, the U.S. Labor Department reported in its monthly Job Openings and Labor Turnover Survey (JOLTS). read more

That followed Friday’s non-farm payroll report showing jobs increased by 943,000 in July, above the 870,000 forecast by economists in a Reuters poll. read more

Atlanta Federal Reserve Bank President Raphael Bostic, the first Fed speaker after those jobs data, said on Monday he is eyeing the fourth quarter for the start of a bond-purchase taper but is open to an even earlier move if the job market keeps up its recent torrid pace of improvement. read more

Boston Federal Reserve Bank President Eric Rosengren was equally forthright, saying that the U.S. central bank should announce in September that it will start reducing its $120 billion in monthly purchases of Treasury and mortgage bonds in the fall. read more

The dollar held firm against the yen at 110.38 yen , near its highest level in about two weeks.

The New Zealand dollar also slipped back to $0.6992 from last week’s high near $0.71, but expectations of a rate hike by the country’s central bank next week propped up the currency against many other rivals.

Elsewhere, bitcoin extended its gains to $46,302 , reaching its loftiest level since mid-May.

Ether also stayed near a three-month high at $3,148 .Reporting by Hideyuki Sano Editing by Shri Navaratnam