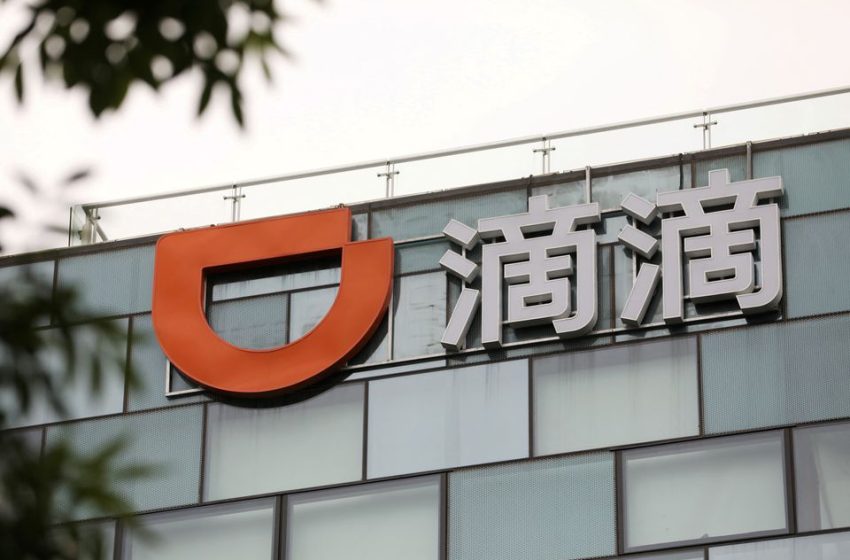 A sign of Chinese ride-hailing service Didi is seen on its headquarters in Beijing, China July 5, 2021. REUTERS/Tingshu Wang

HONG KONG, May 5 (Reuters) – The president of Chinese ride-hailing giant Didi Chuxing and her father, the founder of Lenovo (0992.HK), have ended their public presence on China’s main social media site, the latest Chinese tech leaders to retreat from the spotlight.

Didi’s Jean Liu and her father, Liu Chuanzhi, both switched on a function on China’s Weibo platform to hide all old posts, at some time during the just-ended Labour Day holiday. Neither had posted in the past six months.

The elder Liu, who has 880,000 followers and his daughter, who has 10 million, did not give any reasons for going private but it was noticed by Weibo users who questioned their decision.

Didi and Lenovo did not immediately respond to requests for comment on Thursday.

Such business people, especially Ma, had in the past been among China’s most outspoken citizens, buoyed by their entreprenurial success, before a sweeping regulatory crackdown that started in late 2020 brought China’s once-freewheeling internet sector to heel.

Henry Gao, a law professor at Singapore Management University, said such withdrawls from the public online space reflected growing restrictions around what can be said publicly in China, and the increasingly difficult environment facing tech firms.

“The era of high-flying outspoken tech leaders is over,” in China, Gao said.

The situation in China was “totally different from the West, where the tech leaders not only are expected to speak up, but also have to take a line on these difficult political issues, even if some of them might not want to”, he said.

Meituan’s Wang, a once-avid user of the Fanfou social media site he founded, saw shares in the food delivery giant slump last year after he posted an ancient poem that was perceived by some as being crical of the government and President Xi Jinping.

Wang has since stopped posting and also hid his Weibo posts from public view.

Jean Liu, a former Goldman Sachs banker, is one of China’s best-known business people but has come under fire in recent months due to controversies over Didi’s $4.4 billion New York listing. The company, sometimes dubbed the Uber of China, has announced that it will leave the U.S. exchange. read more