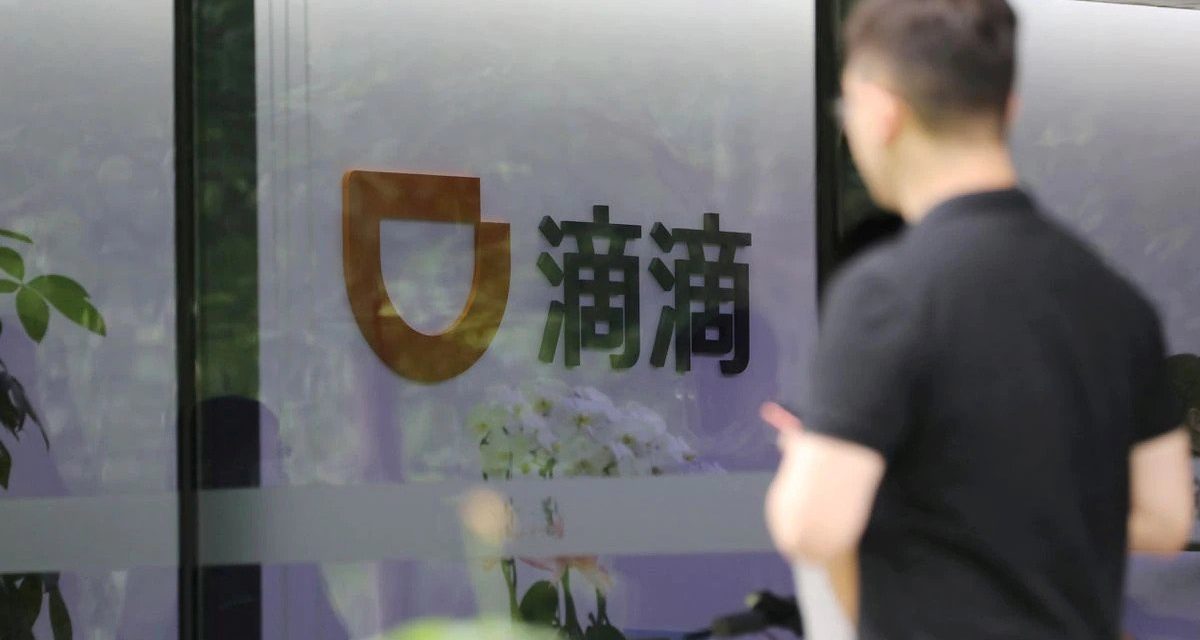 July 7 (Reuters) – Didi Global Inc (DIDI.N) fell for the third consecutive session on Wednesday after China ordered the app removed from mobile app stores as part of a broader crackdown on China-based companies with overseas listings.

Beijing extended its actions beyond the tech sector on Tuesday, vowing to step up scrutiny of Chinese companies listed offshore in order to crack down on illegal activity. read more

U.S.-listed shares of Alibaba and Tencent Music Entertainment Group (TME.N) were last off 1.1% and 2.4%, respectively.

Including Didi, the largest U.S. listing by a Chinese company since 2014, a record $12.5 billion has been raised so far in 2021 from Chinese firms listing in the United States, Refinitiv data shows.

In a sign of nervousness among investors about Didi, index publisher FTSE Russell also warned that it would not include Didi’s shares in its global equity indexes if trading is halted in Wednesday’s session. read more

“For Didi, the situation is bleak, but for Chinese companies preparing to list in the U.S. it may be even bleaker,” said Samuel Indyk, senior analyst at uk.Investing.com.

Republican U.S. Senator Marco Rubio last month had called for the U.S. Securities and Exchange Commission to block Didi’s IPO because China does not allow auditors to conduct the same oversight that other U.S.-listed companies face.

“Allowing Didi, an unaccountable company based in China, to list on the New York Stock Exchange was reckless and irresponsible,” he said on Wednesday. “Beijing’s recent crackdown on the company only further underscores the risks posed by Chinese companies to U.S. investors.”

In June, the U.S. Senate passed a bill led by Senator John Kennedy, which would pressure China by requiring foreign companies to hasten their compliance with Public Company Accounting Oversight Board audits. The bill still needs to pass in the U.S. House of Representatives.

“The drop in the value of Didi shares further highlights that the Chinese Communist Party is perhaps the biggest threat facing U.S. investors today,” an aide to Kennedy said.

Analytics firm S3 Partners warned of another surge in short-selling of U.S.-listed Chinese companies as a clampdown by Beijing drove a third straight day of selling of ride-hailing giant Didi. read more

Short interest in the group has fallen to $43.5 billion from $50.6 billion this year, while short interest as a percentage of float fell to 3.81% from 5.67%, reflecting a closing out of some positions that were in the red after a market rally in January and February, Ihor Dusaniwsky, S3’s managing director of predictive analytics, said in a report.

Invesco Golden Dragon China ETF , which tracks U.S. exchange-listed companies that are headquartered in China, has lost a third of its value from its February high, meaning short sellers who bet against the index over that period should have profited.

“We’ve been hearing the back and forth with U.S. and China with tougher regulations on IPOs,” said Ryan Detrick, senior market strategist at LPL Financial in Charlotte, North Carolina.

“It’s one small part of two superpowers disagreeing on many things,” Detrick added. “It’s a fallout from a deeper divide.”Reporting by Stephen Culp in New York, Medha Singh and Akanksha Rana in Bengaluru; Additional reporting by Michelle Price Editing by Shounak Dasgupta and Lisa Shumaker