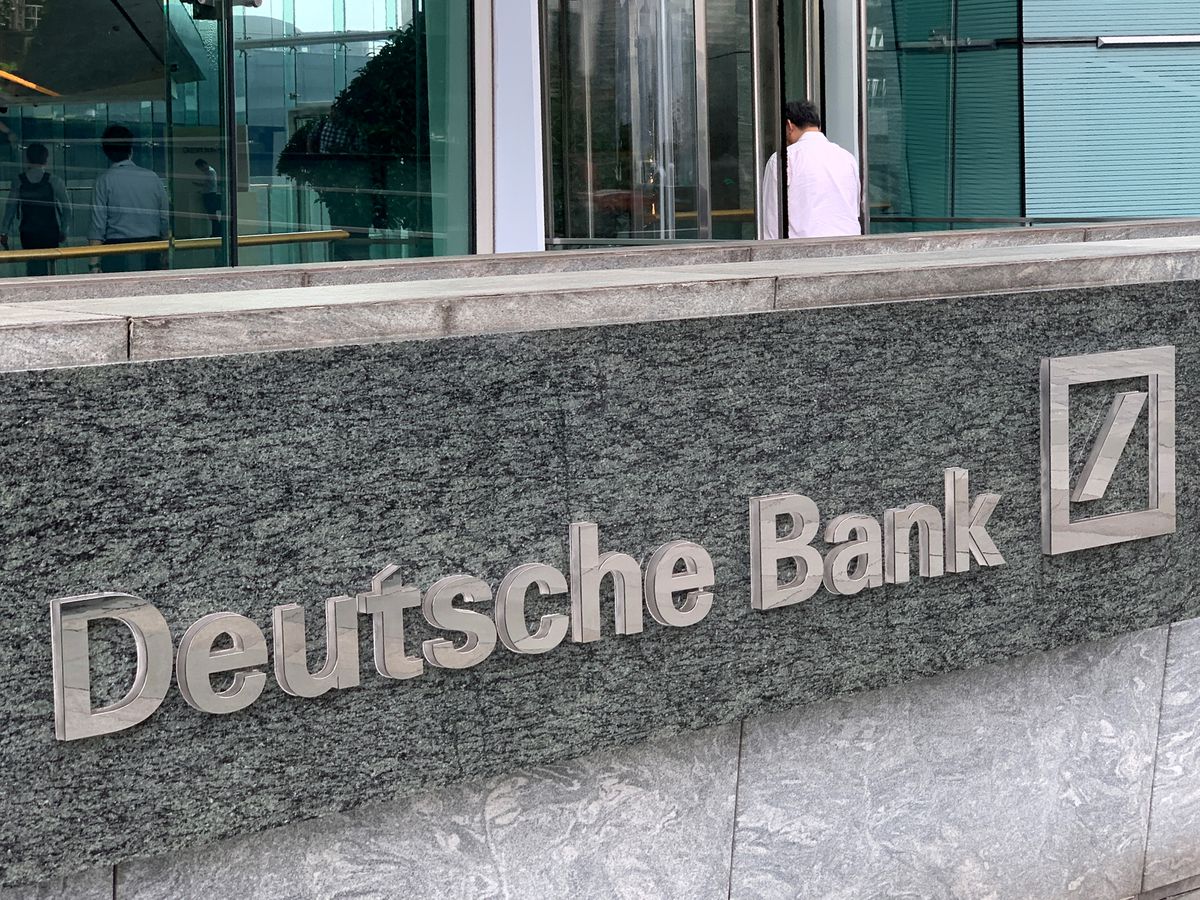 FRANKFURT, Oct 27 (Reuters) – Deutsche Bank’s (DBKGn.DE) profits rose a stronger-than-expected 7% in the third quarter, the bank’s fifth straight quarter in the black as fees for advising on deals partly made up for a drop in trading revenue.

The profit, while a fraction of that of major U.S. competitors, is a victory for Chief Executive Office Christian Sewing, who in 2019 embarked on a 9 billion euro overhaul of the German bank after a series of regulatory failings and billions in losses logged over the previous decade.

Net profit attributable to shareholders rose to 194 million euros ($225 million) from 182 million euros a year earlier and beat the 135 million expected by analysts, based on forecasts published by Deutsche.

The result was partly helped by a decrease in provisions set aside to cushion fallout from the coronavirus pandemic, while costs related to the bank’s ongoing overhaul kept a lid on profit.

The fifth consecutive quarter of profit represents its longest streak in the black since 2012.

“We are focused on driving efficiencies while maintaining strong controls, and we are confident of achieving Deutsche Bank’s 2022 targets,” Sewing said.

“It is also clear that we must not lose any ground on our disciplined path,” he said in a memo to staff.

Analysts at JPMorgan said the results were strong and showed the bank was “on the right path to deliver on its strategic ambitions”.

Part of the bank’s 2019 overhaul has involved reducing dependence on the more volatile income of the investment bank, but the division, as in recent quarters, was again the bank’s biggest revenue generator.

Although the investment banking division’s revenue declined 6% in the third quarter from a year earlier as a pandemic trading boom eased, it is on track to match last year’s, Deutsche Bank said. That would be a significant improvement over 2019.

The investment bank’s advisory business benefited from a global dealmaking boom, with revenue surging 82% to 118 million euros. A surge in fees from M&A and fundraisings also boosted earnings at U.S. rivals, such as Goldman Sachs (GS.N) and Morgan Stanley (MS.N). read more

Revenue for fixed-income and currency trading, one of the bank’s largest divisions, fell 12% from an exceptionally strong period a year earlier as markets calmed down from their pandemic trading frenzy.

The bank is growing more confident of achieving group revenues of at least 25 billion euros next year due to loan growth, inflows of assets under management and higher interest rates, Chief Financial Officer James von Moltke told reporters on a call.