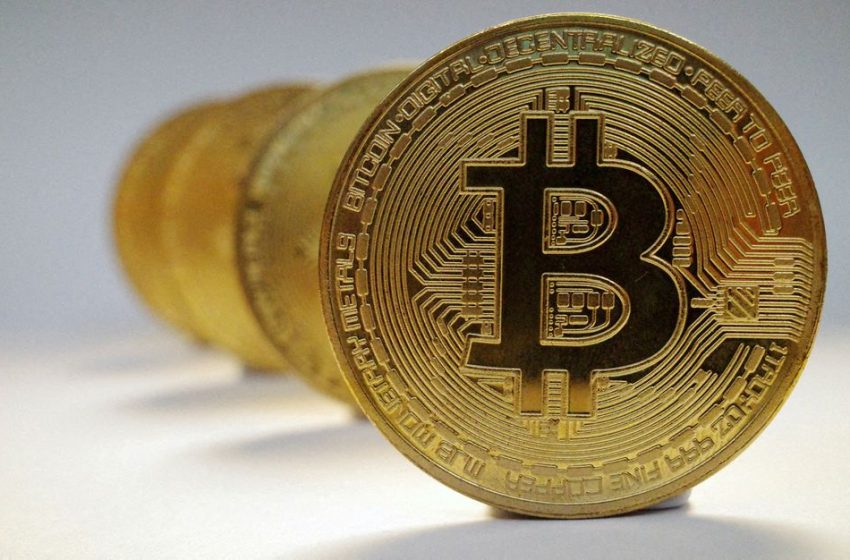 A representation of the virtual cryptocurrency Bitcoin is seen in this picture illustration taken October 19, 2021. REUTERS/Edgar Su

CRYPTOVERSE-Bitcoin could be laid low by miners’ malady

Feb 22 (Reuters) – Bitcoin miners are feeling the heat – and the pain’s rippling downstream to pressure prices.

The cryptocurrency’s spectacular rally in 2021 drew thousands of entrants into mining, or producing new coin. As a result the hashrate, or combined computational power used by bitcoin miners globally, has roughly quadrupled over the past six months to blow past 200 million “terahashes” per second.

But what’s that got to do with the price of bitcoin?

A rising hashrate makes it becomes harder for miners to earn coin and cover their costs of hardware, electricity and staff – so many are more likely to sell, rather than hold, their newly minted cryptocurrency, exerting a bearish force on the market.

“Running costs are a major factor in miners’ decision to hold or sell newly acquired coins. They are the first and most natural sellers in the crypto space and so definitely impact prices,” said Justin d’Anethan, institutional sales director at crypto financial services firm Amber Group.

The total value of coins held in miners’ wallets has fallen to around $75 billion from $114 billion at the start of November, as their profitability has been squeezed by the rising hashrate as well as falling prices, according to Oslo-based crypto research firm Arcane Research.

Miners have been transferring more coins to exchanges than adding to reserves, according to crypto industry analytics firms, a sign of selling or intent to sell.

Such flows are adding to pressures facing bitcoin , whose drift towards the mainstream has seen it caught up in a selloff in global markets driven by tensions on the Ukraine border and the Federal Reserve’s policy tightening.

Bitcoin mining, in simple terms, is the process by which a network of computers checks and validates a block of transactions that then get added to the blockchain. Miners get rewarded for completing a block.

It’s an expensive business, though, requiring not just sophisticated and fast “rigs” costing upwards of $10,000, but also a huge amount of power. And it’s getting pricier.

The seven-day average of total mining cost per transaction validated has fallen to $176.8 from a record $235.57 hit in May last year, data from blockchain.com shows.

“As more miners join the network, each individually earns fewer bitcoin. This is because network difficulty increases in order to slow the issuance of new bitcoin,” said Joe Burnett, analyst at infrastructure and mining firm Blockware Solutions.

Waning mining profitability is also hitting the broader market because some institutional investors, who are unable or unwilling to invest directly in cryptocurrencies, instead buy shares of listed miners or ETFs that track miners as an alternative way of gaining access to the young industry.

The Valkyrie Bitcoin Miners ETF (WGMI.O) is meanwhile trading at a roughly 5% discount to its net asset value since the fund’s launch in early February, and the Viridi Clean Energy Crypto-Mining & Semiconductor ETF has lost 23% since the beginning of the year.

Some of the pressures on miners flow from bitcoin’s inherent structure. The decentralised blockchain was created anonymously with a final limit of 21 million coins, of which nearly 19 million has already been minted.

It takes around 10 minutes to mine one block and the reward for miners – who currently get 6.25 bitcoin per block – is halved about every four years.

“There could be one miner or a million, it doesn’t change anything. There’s only one block and a set number of bitcoins issued,” said d’Anethan at Amber Group.

A final note: don’t lose sleep fretting about what will happen when the last bitcoin is mined – that’s not expected until the middle of the next century, 2140 to be exact.